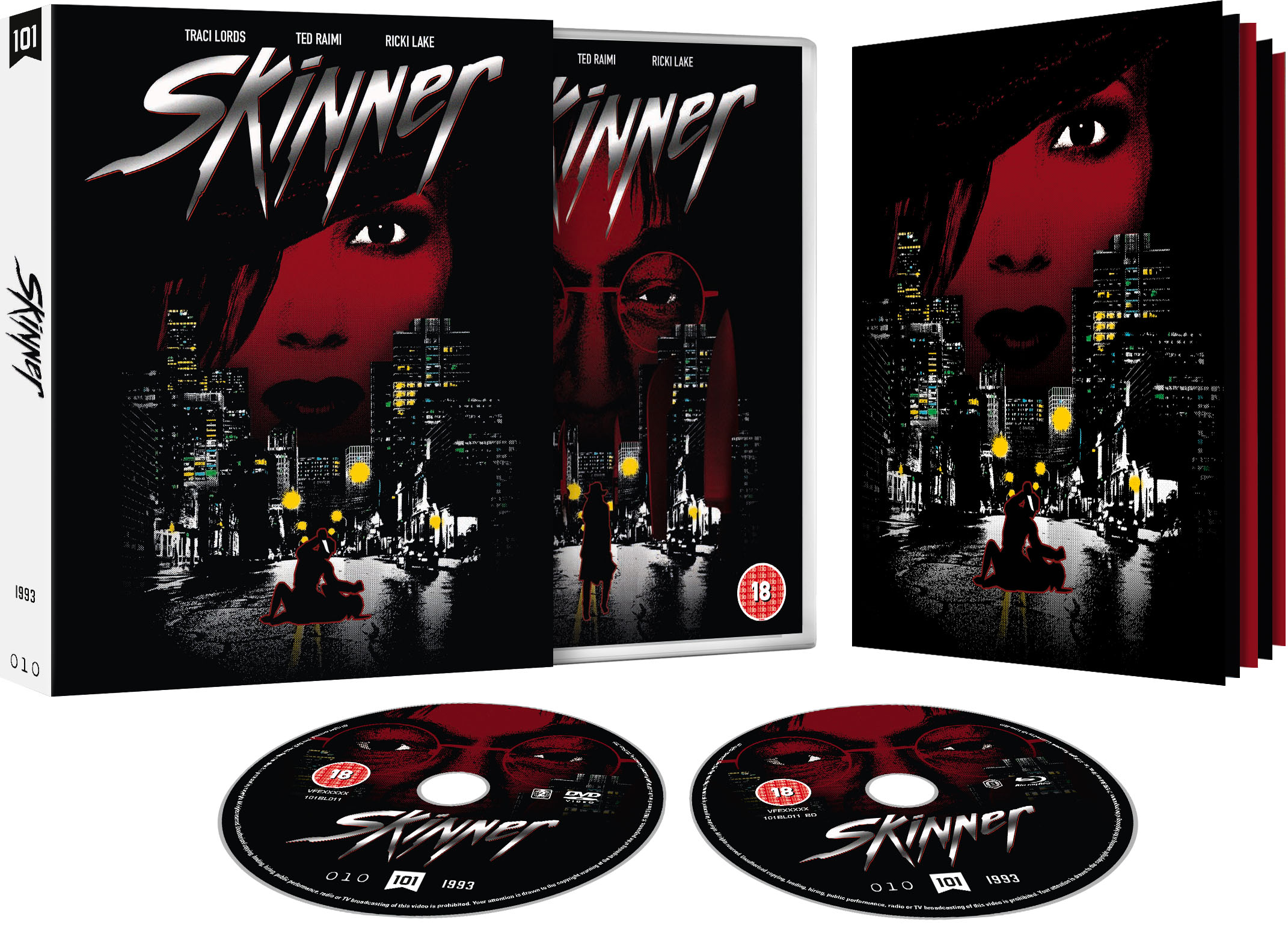 At one time thought a lost film, Skinner has been resurrected from obscurity in a mind-blowing 4K restoration so cult cinema fans can now witness this 90s horror gem in all its sinful, sleazy and violent glory.

Dennis Skinner seems like a normal enough guy but he has a very abnormal hobby. At night, he creeps through the back streets looking for potential victims, and when he finds one, carefully removes their skin with an elaborate collection of knives. Heidi, one of Dennis’ victims, is on his trail, waiting for a chance to get her revenge, but in the meantime Dennis has developed a crush on Kerry and wants to find a way to show her he really cares.