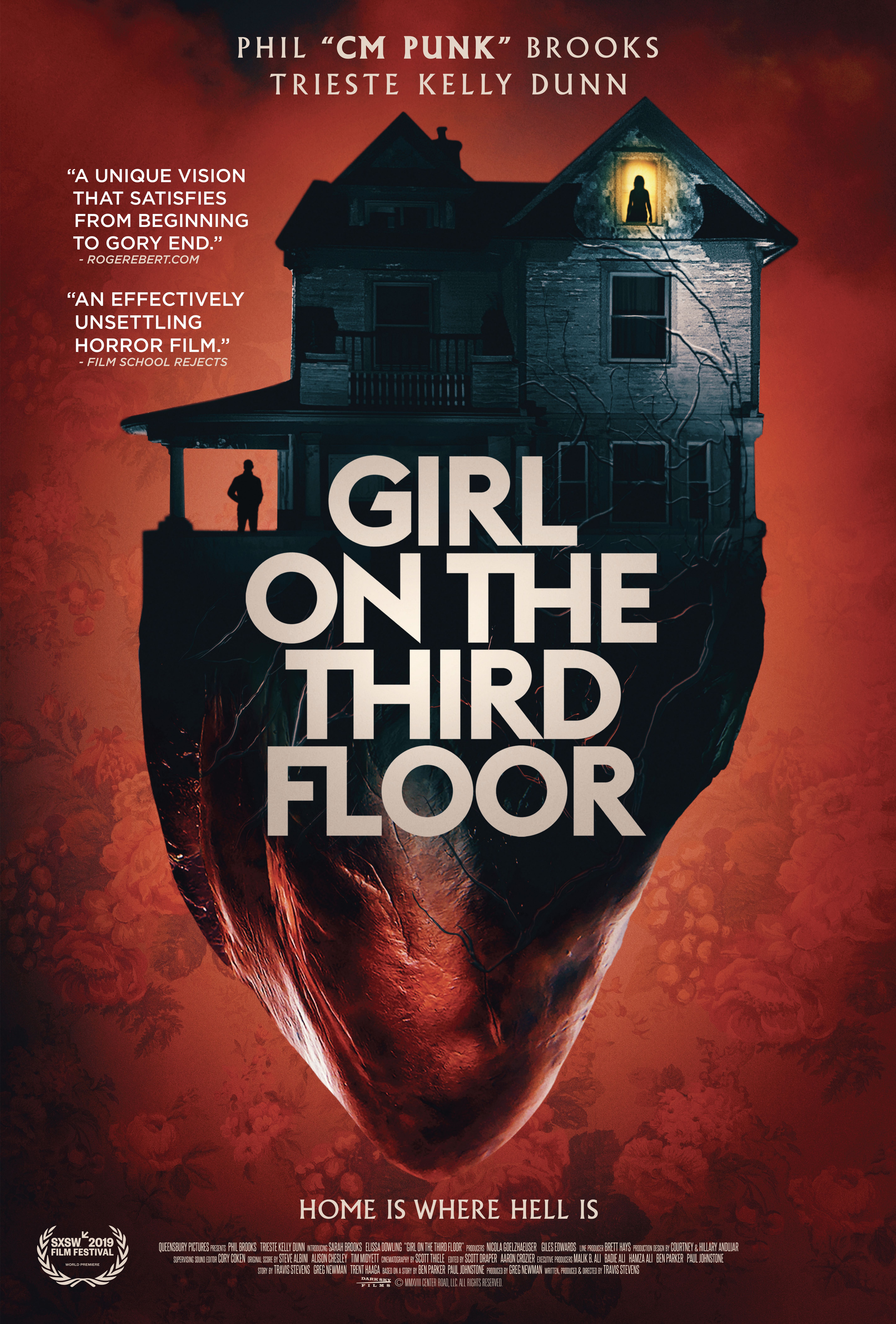 ‘A unique vision that satisfies from beginning to gory end’ RogerEbert.com

WWE Legend Phil “CM Punk” Brooks gets his first starring role in this bloody and demented haunted house tale from one of the strongest voices in modern indie-horror, Travis Stevens.

Bursting pipes, rotting walls, and unidentifiable slime were not what Don Koch (Phil ‘CM Punk’ Brooks) expected when he convinced his wife Liz (Trieste Kelly Dunn) that he could rehab their new Victorian home himself. In over his head, under duress, and tempted by his old weaknesses, Don soon discovers that the house has its own dark, sordid history and won’t be so easy to renovate after all….

Having produced some of the finest indie horror gems of recent years including Starry Eyes and We Are Still Here, Travis Stevens makes his directorial debut with a film that tackles modern notions of toxic masculinity in a classic horror scenario for an intense, bloody reinvention of the haunted house formula. Stay out of the attic!