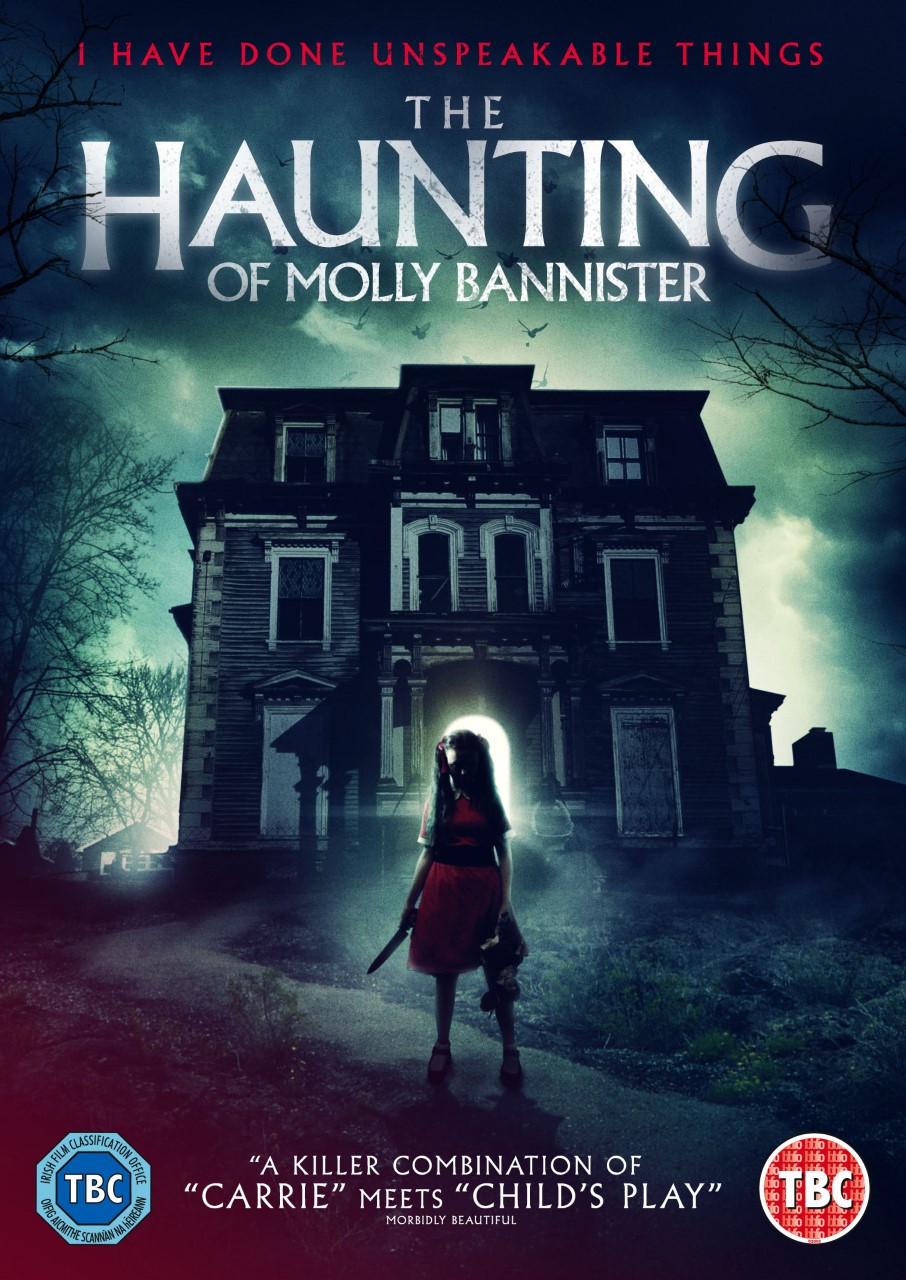 The Haunting of Molly Bannister is the latest horror from writer-director MJ Dixon and producer Anna Dixon to get a UK DVD and Digital from 101 Films on June 20th.

After the death of their eldest sister, the women of the Bannister family begin to feel that something is very wrong.  Trapped inside, the house feels menacing; the youngest sister, Molly, is getting sick, there are strange noises in the night and a constant feeling that they are being watched.  What is wrong with Molly, and why does her doll seem to appear everywhere they go? More importantly, who will be able to get out of the house alive?

MJ Dixon had the following to say about the film – ‘With Molly Bannister, we tried to move away from the traditional stalk and slash of our previous movies.  We focussed here much more on a character driven film with a focus on the family dynamic and genuine scares, whilst not compromising on our usual brand of horror and humour.’

The Haunting of Molly Bannister coming to UK DVD and Digital from 101 Films on June 20th, with a US release date of August 4th.