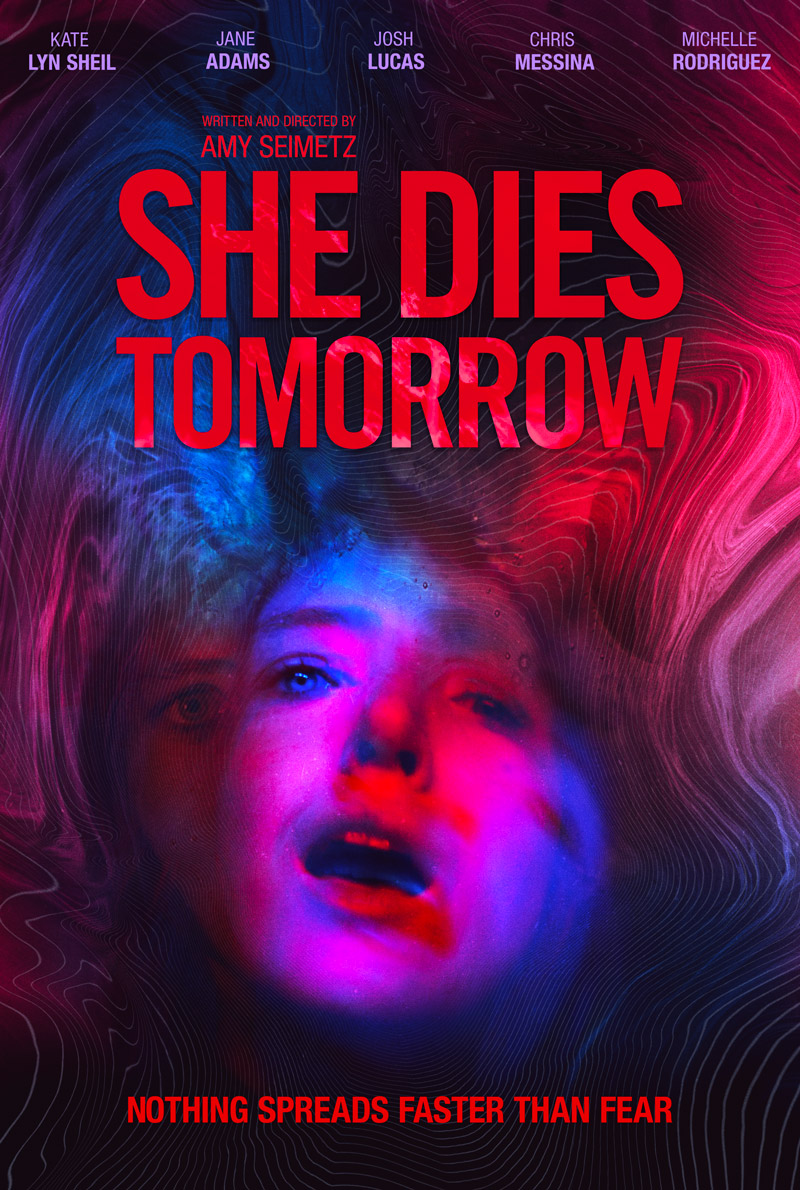 The directorial debut of actor Amy Seimetz (Stranger Things, Pet Sematary), She Dies Tomorrow is a hallucinatory, neon-soaked nightmare about the end of the world.

After waking up convinced that she is going to die tomorrow, Amy’s (Kate Lyn Sheil, You’re Next) carefully mended life begins to unravel. Following a visit from her initially pragmatic friend Jane (Jane Adams, Eternal Sunshine of the Spotless Mind), it becomes clear that Amy’s delusions of certain death have become contagious to those around her. Amy and her friends’ lives begin to spiral out of control in a tantalising descent into madness.

An intelligent apocalyptic thriller dripping with existential dread, pitch black comedy and head-spinning visuals, She Dies Tomorrow was an Official Selection at SXSW 2020 and is produced by Aaron Moorhead and Justin Benson (Spring, The Endless).