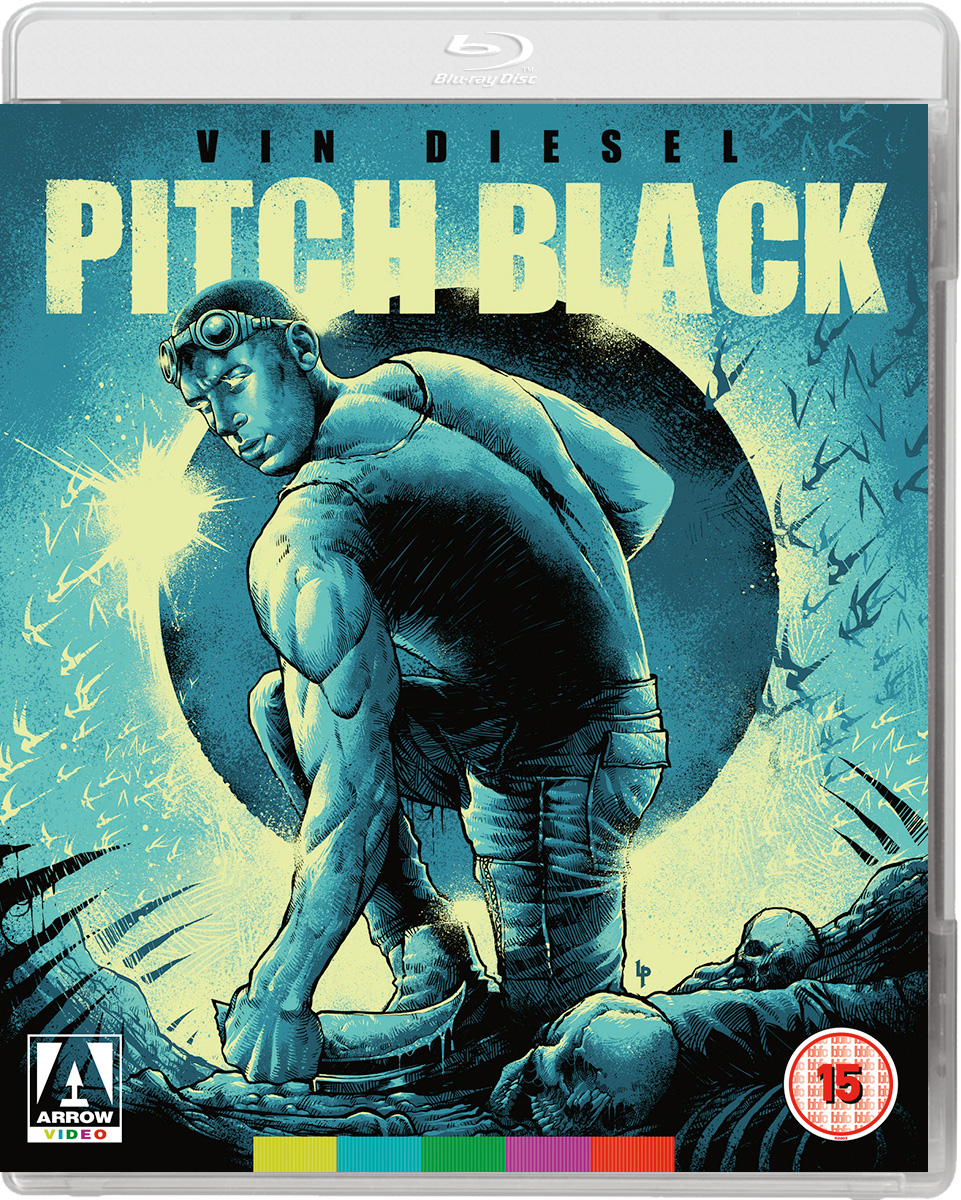 THERE’S A NEW REASON TO BE AFRAID OF THE DARK.
A sci-fi/horror sleeper hit that birthed a franchise and launched the career of a new action movie icon, Pitch Black holds its own today as a nerve-shredding creature-feature in which the monsters outside finally meet their match against a monster within.

When an intergalactic transport ship crashes on a remote desert planet with no sign of help on the horizon, the survivors, led by Fry (Radha Mitchell), band together to find a way back home. Among the passengers is Riddick (Vin Diesel), a convicted murderer being transported by marshal Johns (Cole Hauser) – and now freed of his chains and on the loose. But as a solar eclipse plunges the planet into total darkness, a threat even worse than Riddick reveals itself, and the last humans standing may have to form an uneasy truce with the cunning fugitive (whose eyes have been surgically altered to see in the dark) to last the long night.

Boasting crackerjack direction and a whip-smart script by David Twohy, as well as a star-making performance by Diesel, Riddick’s first outing is freshly unleashed in an illuminating, brand new 4K restoration, with hours of exclusive bonus content.

FIRST PRESSING ONLY: Collectors’ booklet featuring new writing by Simon Ward on the film’s creature designs (including a new interview with creature designer Patrick Tatopolous), original production notes and information from the film’s official website, and an archive interview with Vin Diesel from Starlog magazine; plus collectable O-card with “night” variant artwork by Luke Preece