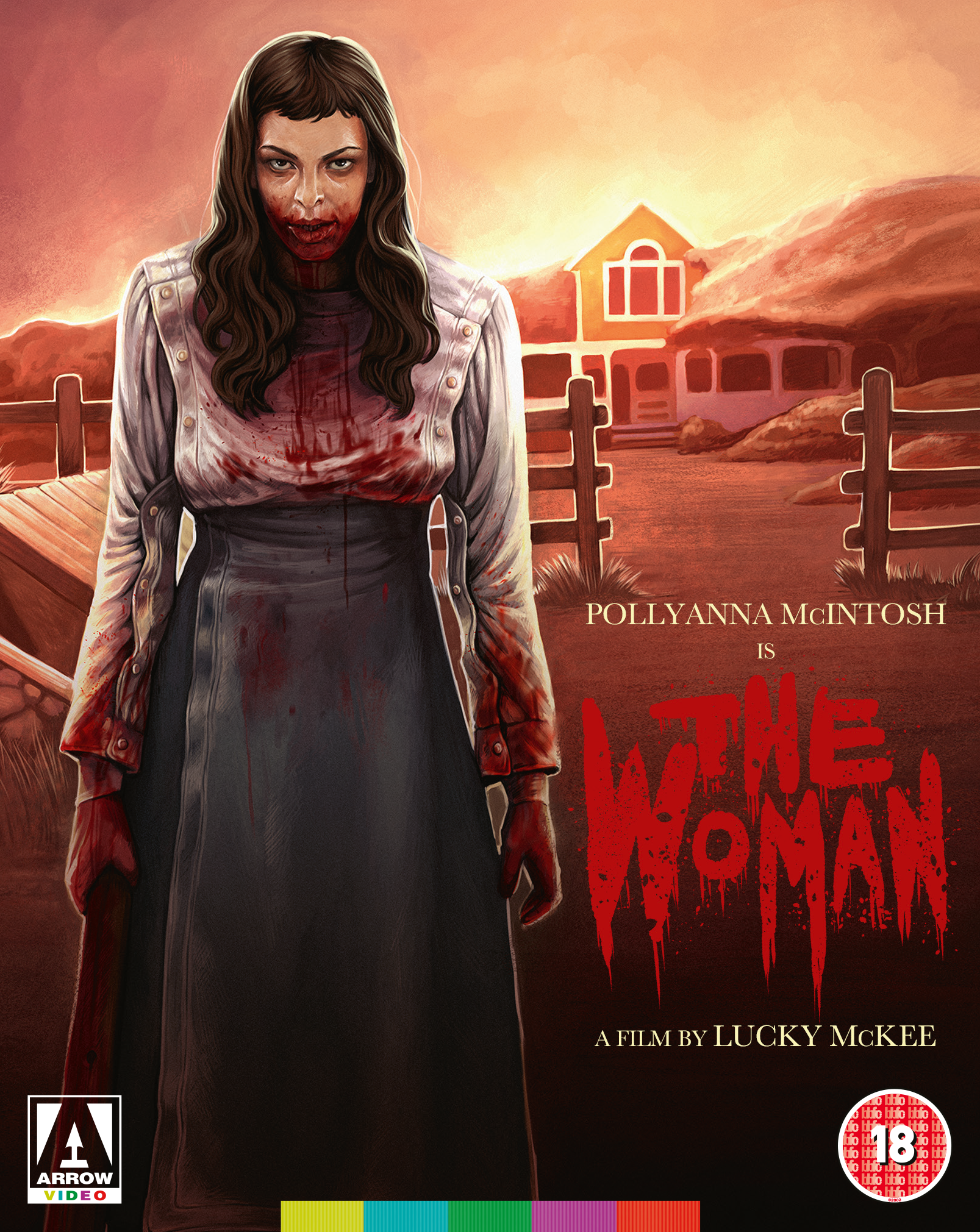 Almost a decade after Lucky McKee burst upon the indie horror scene and became a ‘Master of Horror’ in the making thanks to his directorial debut May, he teamed up with legendary cult author Jack Ketchum for his most shocking and brutal film to date: The Woman, an instant cause célèbre on its Sundance premiere.

The Woman (Pollyanna McIntosh, The Walking Dead) is the last surviving member of a deadly clan of feral cannibals that has roamed the American wilderness for decades. When successful country lawyer Chris Cleek (Sean Bridgers, Room) stumbles upon her whilst hunting in the woods, he decides to capture and “civilize” her with the help of his seemingly perfect all-American family, including his wife Belle (Angela Bettis, May) and daughter Peggy (Lauren Ashley Carter, Darling). The Cleeks will soon learn, however, that hell hath no fury like The Woman scorned…

DISC ONE – THE WOMAN