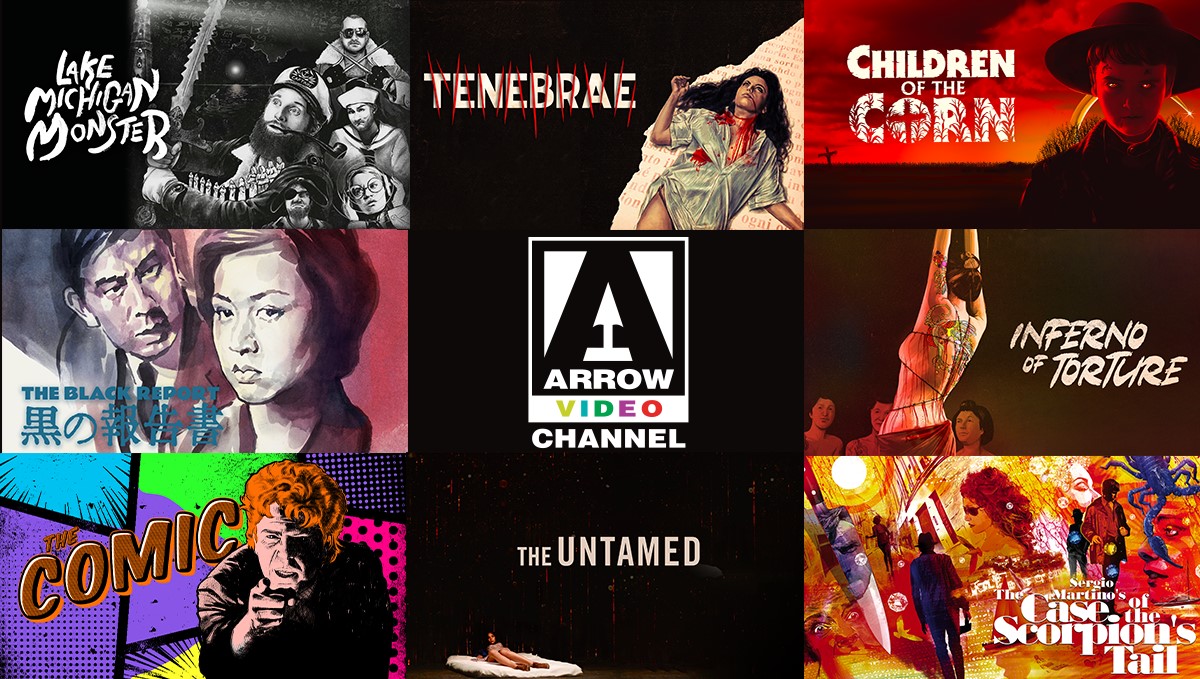 London, UK – Arrow Video is excited to announce the August slate of titles on their subscription-based Arrow Video Channel, including the action-packed black-and-white nautical nightmare Lake Michigan Monster, the uncut version of Argento’s Tenebrae and Stephen King’s Children of the Corn.  Lake Michigan Monster has been acclaimed at film festivals around the globe, taking home the Gold Audience Award for Best International Film at Fantasia, Best Visual Effects – Feature at FilmQuest, Best Ensemble Cast at GenreBlast and Best Wisconsin Film at the Beloit International Film Festival.  Writer, director and star Ryland Brickson Cole Tews has crafted an inventive and irreverent homage to the classic monster films of yore with the bizarre Captain Seafield, joined by a colourful crew of misfits on a mission to slay the sea beast that killed his father.

Lake Michigan Monster and Inferno of Torture will be available August 3rd on the Arrow Video Channel in the US and the UK.  Additional new titles available August 3rd include The Untamed (UK Only), Children of the Corn (US Only), Tenebrae (UK Only), The Comic, The Case of the Scorpion’s Tale, The Black Report, and Black Test Car.  The Arrow Video Channel is available on Apple TV in the UK and US, as well as on Amazon in the UK.