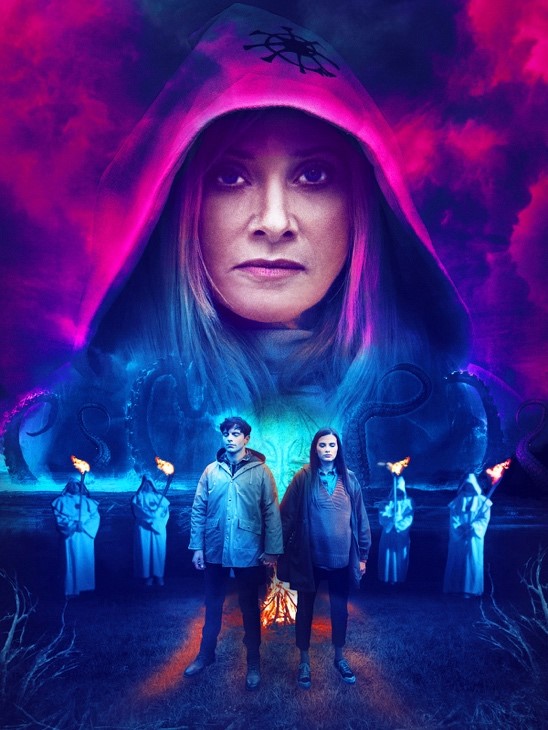 ‘Mysteriously moody and chillingly atmospheric…suspense and intrigue from every inch’

A couple expecting their first child head to a remote Norwegian village after a death in the family only to find themselves caught up in a deadly cult in Sacrifice, a twisted Scandi-folk horror tale.

FrightFest favourite Barbara Crampton (From Beyond, Re-Animator) makes a welcome return to our screens in this dark terror-filled flick that’s set for its UK premiere this March thanks to 101 Films and it’s a fright for sore eyes.

This thrillingly gut-churning folk horror from Andy Collier and Tor Mian, arrives on digital on 15 March 2021. It follows fish-out-of-water Americans who head to their ancestral homelands near the arctic circle and are soon out of their depth.

After his mother, dies New Yorker Isaac (Ludovic Hughes – Murder Maps, Ride) and pregnant wife (Sophie Stevens – The Haunted, The Black Prince) journey back to the remote Norwegian village of his birth to get the family affairs in order.

The frosty welcome the couple receive from locals when they arrive soon warms as villagers learn their family name and are soon taken under the wing of policewoman (Crampton), but is she everything she seems?

The pair soon discover dark secrets from Isaac’s past and things become increasingly strange as Emma’s nightmares become all too real. A sinister cult that worships a sea-dwelling deity turns its followers’ attentions to the couple. Is it by chance or is it fate? And will they make the ultimate sacrifice?

Filled with a creeping sense of dread, get ready make the Sacrifice. It’s worth giving up everything for…