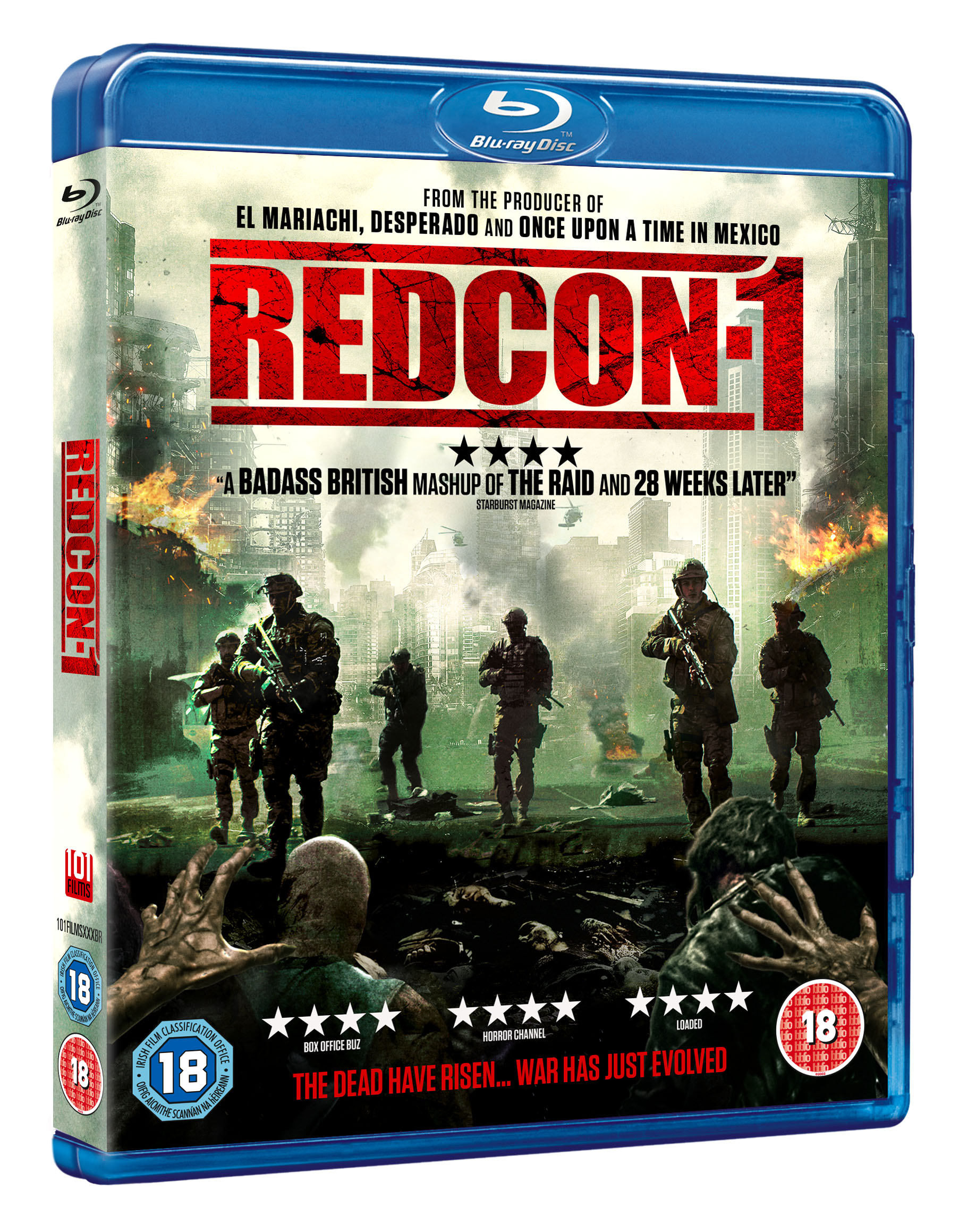 “A badass British mashup of The Raid and 28 Weeks Later”

From Intense Distribution and 101 Films comes Chee Keong Cheung’s Redcon-1, a horror thriller driven through with genuine relentless fight action and bristling with real military hardware, as a crack team of soldiers must battle through a zombie filled Britain in a race against time to find a cure.

After a zombie apocalypse spreads from a London prison, the UK is brought to its knees. The spread of the virus is temporarily contained but, without a cure, it’s only a matter of time before it breaks its boundaries and the biggest problem of all… any zombies with combat skills are now enhanced.

With the South East of England quarantined from the rest of the world using fortified borders, intelligence finds that the scientist responsible for the outbreak is alive and well in London. With his recovery being the only hope of a cure, a squad of eight Special Forces soldiers is sent on a suicide mission to the city, now ruled by the undead, with a single task: get him out alive within 72 hours by any means necessary. What emerges is an unlikely pairing on a course to save humanity against ever-rising odds.

Oris Erhuero (Sometimes in April, The Cursed Ones)

Redcon-1 received a theatrical release in the UK alongside featured panel appearances at MCM Comic Con Scotland and London with the cast and crew, zombie walks, martial arts seminars, university talks and Q&A’s across the UK.

“A gore-drenched punch to the stomach” ★★★★ Horror Channel

“A fast-paced, action packed zombie epic unlike any other” ★★★★ Loaded

“Gets stuck in with buckets of blood, bullets & attitude” The Hollywood News