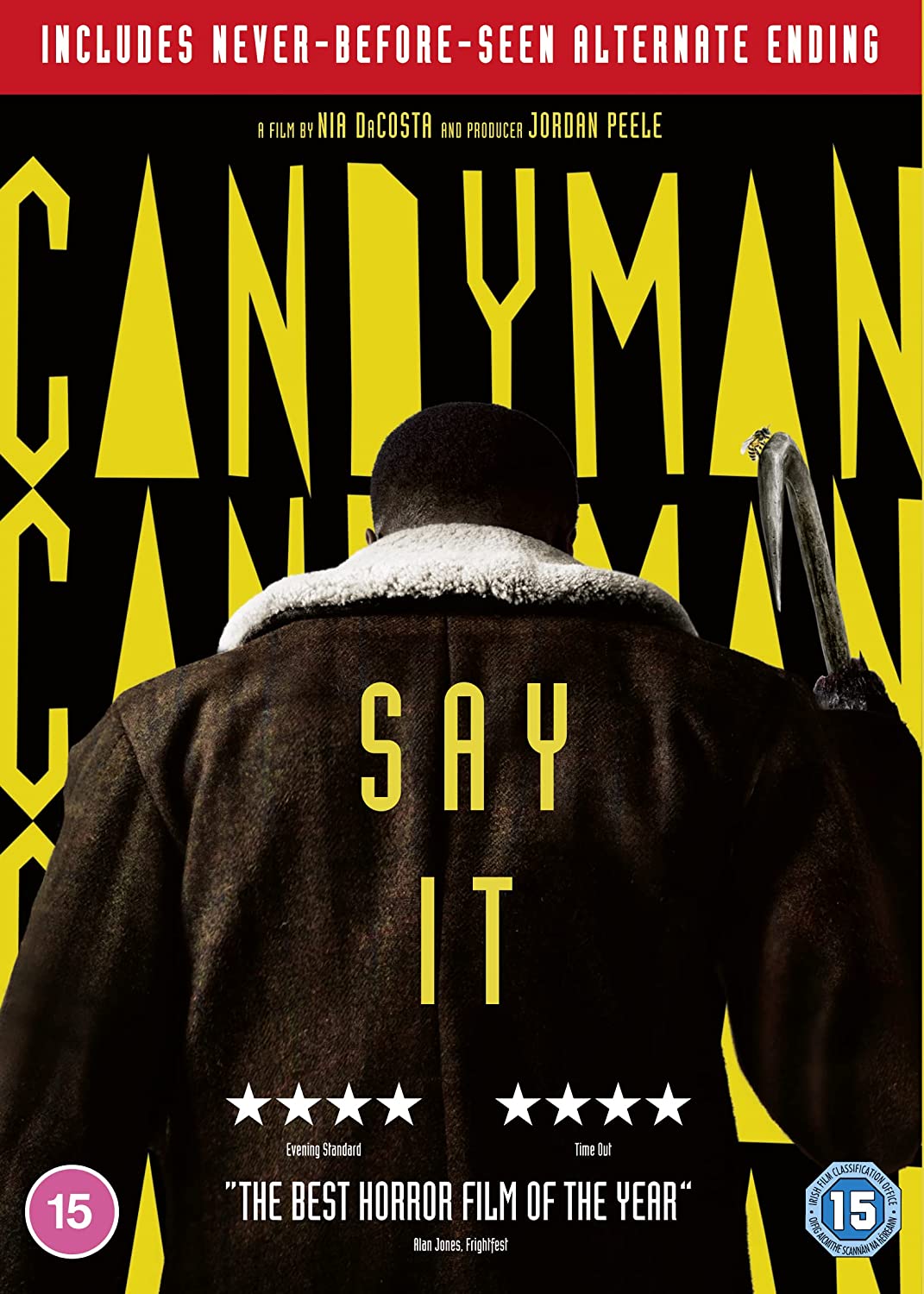 With that said, reboots are not all that un-common, and whilst I typically don’t really show all that much interest in them having grown up alongside the vast majority of horrors great franchises, I will accept that in the case of ‘The Candyman’ the swathe of diminishing sequels and the contentious current affairs (BLM et al), the potential in the franchise has perhaps never been fully realised, and equally, I guess, there’s never been a better excuse for the cash grab?

The plot sets ‘Candyman 2021’ up as a sequel of sorts following a well-off black couple, one an artist, the other an art agent. Struggling for inspiration artist Anthony McCoy begins to look towards his heritage in the city, leading him to the now infamous (and OG Candyman hunting ground) Cabrini-Green, and of course uncovering the ‘Candyman’ myth. In this iteration, the titular hook wielding phantom is a black man, beaten to death by cops after being wrongfully accused of handing out razorblade ladened candy to children – inpaprticular a white girl. Once the seed is planted, saying “Candyman” five times and all that – a freshly inspired McCoy returns with his latest piece ‘Say My Name’ – a piece which promotes the summoning of the titular vengeful spirit, and then gaining more notoriety when people do; and therefore die.

I’m just going to outright say it. I actually enjoyed this movie. I felt the new plot and aesthetics worked. It was a bit weird initially not seeing the classic Tony Todd iteration of the antagonist, but I really got into the new direction, characters – albiet a bit forced on the diversity front – and I really appreciated the numerous relatively organic links to the original film. I felt that there were some heavy-handed moments which perhaps a little over emphasised the white vs. black divide, particularly in the dialogue, especially as the original movie also lent, and delivered an equally poignant message from this respect, with far more finesse, intrigue and strong visuals. I’m not sure what development these moments were intended to add to an already well delivered message.

That said, equally welcomed was the focus on the feel, frequency and creativity of the violence in the film. By and large, the concepts and hook-handed kills took on a familiar guise, with the Candyman staking his would-be victims though the mirror, however, by merging the C-man’s MO with more modern supernatural style, the kills are equally satisfying, with some of the build-ups to the kills being as equally enjoyable as the final slayings. I’ll accept, the violence and gore is less visceral and overall less grimy – indeed the whole film had that modern streaming vibe of being very clean and clinical in it’s cinematography, but regardless, there was a good pacing and ample bloodletting which varied from the outright, to the creative.

Beyond what I’ve spoken about already ‘Candyman’ (2021) does a lot of things right in terms of rebooting a beloved horror franchise in this manner, and regardless of your take on the more modern and socially topical and trending content, I don’t think horror fans would come away from the movie feeling like they’ve not had a good time with it.

But then that’s just my opinion, would love to hear yours!

Overall, is ‘Candyman’ 2021 an improvement over the original? No, of course it isn’t, but it’s as good as sequel as the original ever got; and it really tries hard to honour the first film – even if some elements of its end reveal are a little wonky.  Whilst the film tries to ram a racial message past your tonsils scene after scene, the one takeaway wasn’t the narrative it tries so hard to tell me, but one that highlighted that, not only did the original 1990 movie have an equally important message to tell in its own right, but that  fuck all has changed through the years, as, here we are 2022 and the message is exactly the same – there’s the lesson right there; and one which will see ‘The Candyman’ (in one iteration or another) forever relevant I fear!

As a slasher film, its not a bad one either.