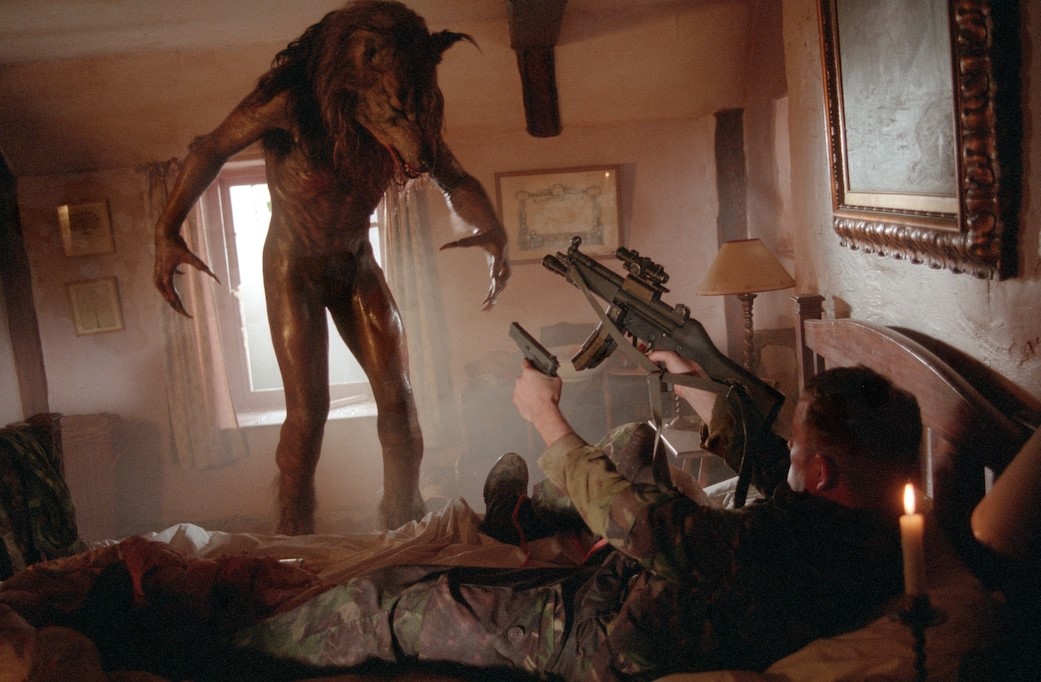 Due to popular demand, Vertigo Releasing have now announced the re-release of the classic British troops-versus-werewolves horror DOG SOLDIERS, with a superb 4K restoration, arriving in select cinemas this October. Things are getting hairy close to Halloween…!

One of the great British horror films, and certainly one of the best werewolf films ever, Neil Marshall’s (The Descent, Game of Thrones) debut grossed £5 million at the box office when it was first released in 2002, and quickly became a bona fide fan favourite. It’s The Howling meets Ultimate Force, with an irresistible mix of foul-mouthed squaddies taking on vicious werewolves, combined with plenty of blood and gore, and brilliantly effective action set pieces. With a cracking cast, including Sean Pertwee (Event Horizon) and Kevin McKidd (Trainspotting), special effects to make your hair stand on end, and endless quotable lines (“Sausages…”), DOG SOLDIERS is as funny, ferocious and full-on today as it was 18 years ago.

A group of soldiers, in the Scottish Highlands on a special training expedition, encounters a seriously injured Captain Richard Ryan – the only survivor of a Special Ops squad that was torn to pieces. Ryan refuses to disclose his mission, even though it is apparent that whatever attacked his men was incredibly vicious and extremely dangerous. A local girl, Megan, shelters the men in an isolated farmhouse deep in the woods. The soldiers soon realize that they are surrounded by a pack of blood-lusting werewolves, and that they are about to face the fight of their lives.