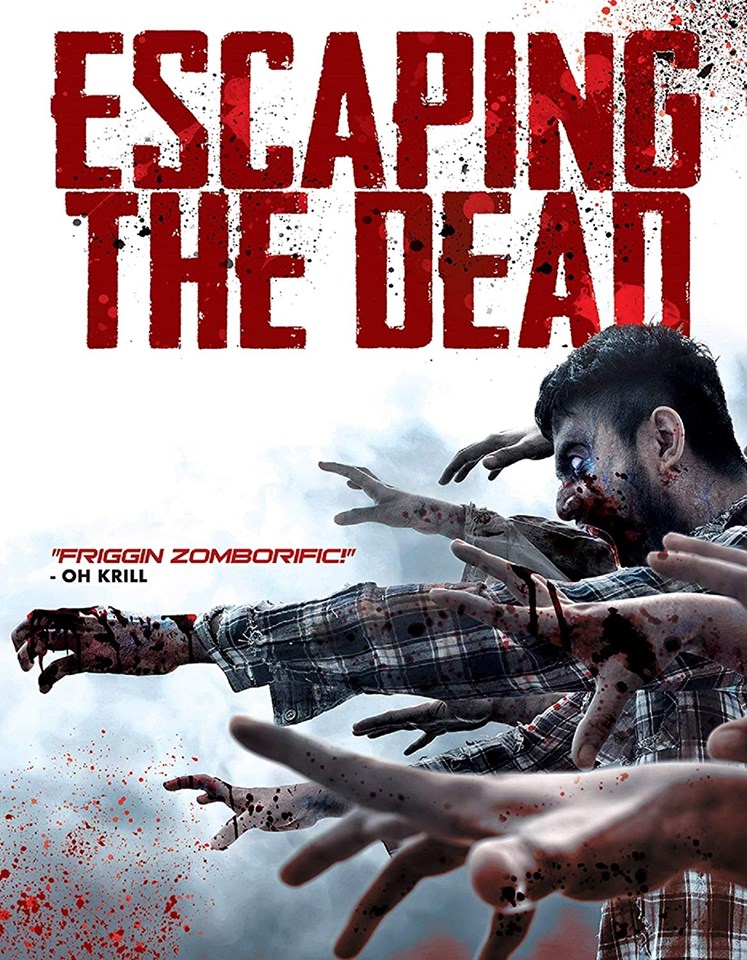 Something is rotten in the state of Denmark! There really is, and it’s been underway for quite a while. Danish zombie flick “Escaping The Dead”, is inspired by the face eating incident in Florida a few years back!

Releasing October 1, pre-order can now be placed via https://www.amazon.com/dp/B07SX8D8JC/

“Escaping The Dead” has been a 5 year long endavour, shot in Copenhagen and the surrounding cities, inspired by a series of articles about the deathdrug “Krokodil” that was published about the same period of time when Ronald Poppo had his face eaten by a naked man hooked on bathsalt in Miami.

It is the perfect zombie plot: a deathdrug that turns people into zombies. A true film for the fans, made by true fans of the genre.

The film has its starting point in a typical day for the lead character, David. David is the local marihuana pusher, but he is the kind of dealer that smokes more than he sells.

The country has been hit by a new deathdrug and when David and his partner in crime, Ahmir, is offered some exceptionally cheap cocaine they see it as an opportunity to earn big money at a big techno concert the following Friday. The cocaine turns out to have a terrible side effect that creates a giant zombie outbreak that spreads across the entire Copenhagen. In the film we follow David and his bloody fight out of the city.