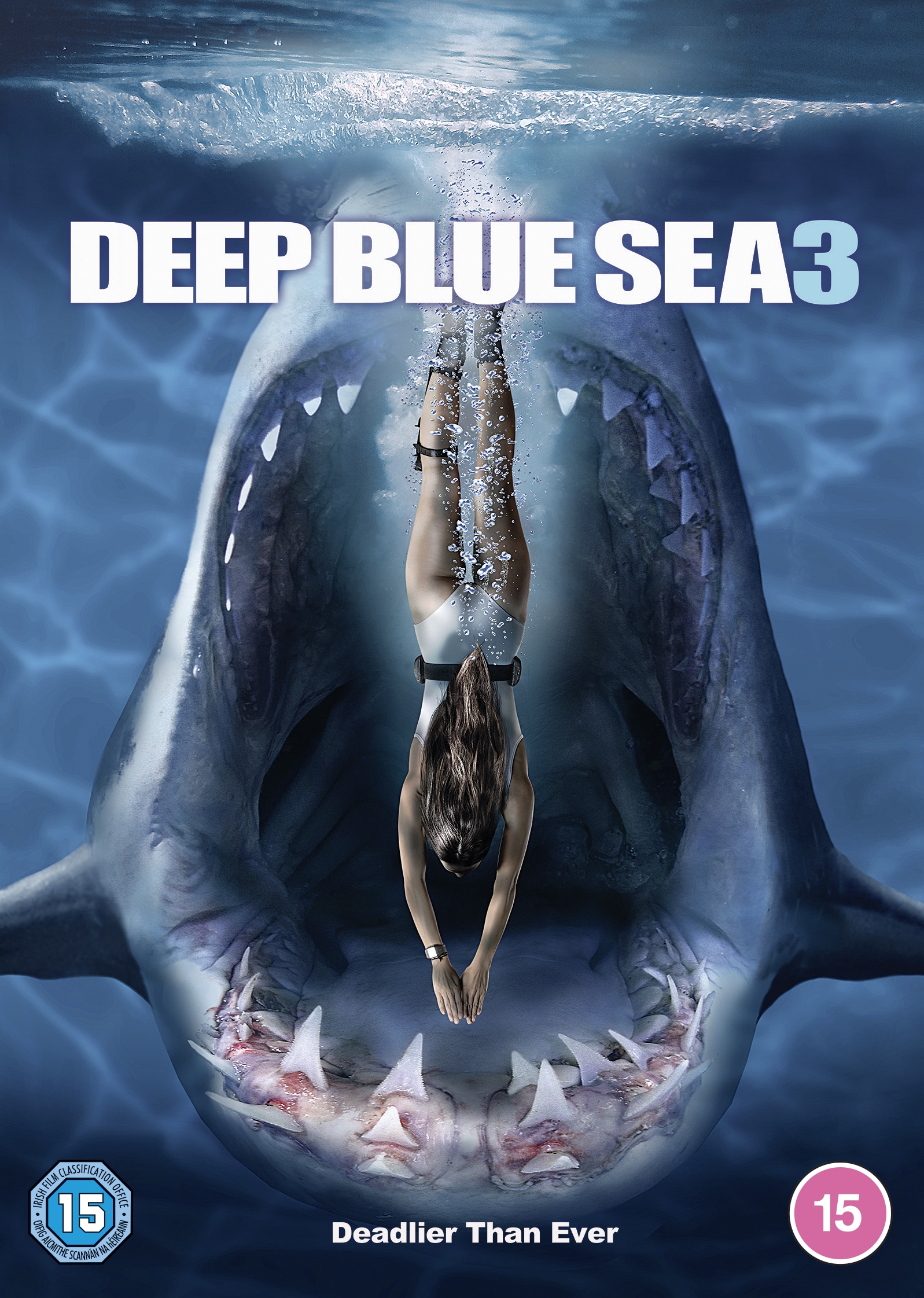 New discoveries and predators emerge in the middle of the ocean in the highly anticipated feature film, Deep Blue Sea 3, from Warner Bros Home Entertainment. Following the breakout success of Deep Blue Sea 2, itself a sequel to the 1999 cult hit Deep Blue Sea, Deep Blue Sea 3 is the next feature length instalment of the franchise’s ocean adventures.

Emma Collins (played by Tania Raymonde), an eminent marine biologist, and her crew have set up a mid-ocean laboratory over a sunken island town in the ocean where they are observing the first known Great White mating area. Unfortunately, the enhanced Bull Sharks that escaped in Deep Blue Sea 2 are also there with their own evolutionary goal: cross-breeding with the bigger faster Great Whites. The mission’s patron, Richard Lowell, believes that the Bull Sharks contain the key to intelligence enhancement, which he secretly intends to sell for big profits. Now, Emma and her crew are trapped on crumbling stilt houses mere feet over the ocean, caught between predators above and below the water.