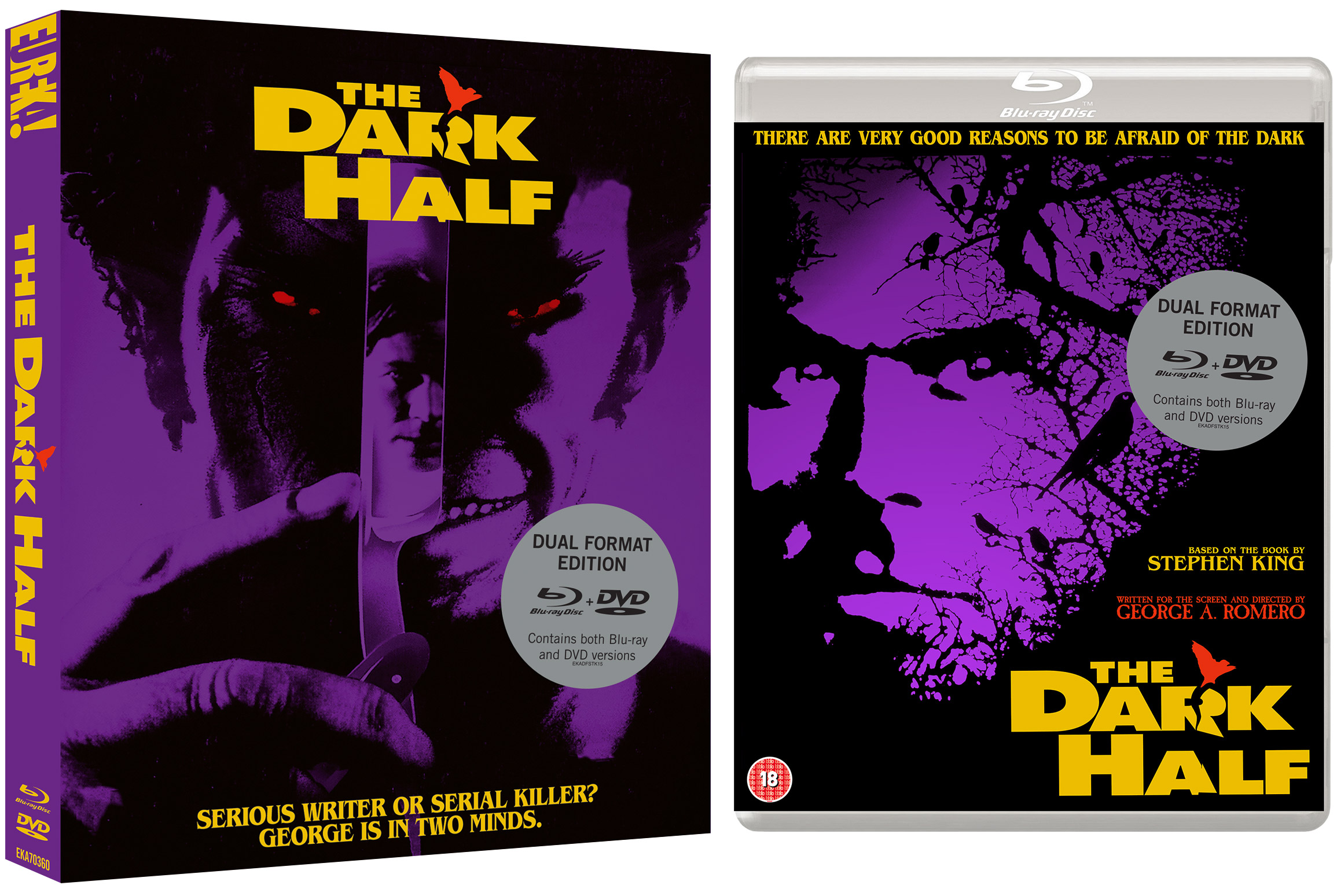 Masters of horror Stephen King (IT, The Shining) and George A. Romero (Night of the Living Dead) have created a gripping, creepy, frightening film that thrills, shocks and works us over! Featuring an intelligent screenplay and first-rate cast, including Oscar® winner Timothy Hutton, The Dark Half will keep you captivated to the chilling end.

Horror writer Thad Beaumont (Hutton) hopes to distance himself from his murder novels and from George Stark, the pseudonymous name he has used to author them. To achieve this, he cooks up a murder of his own: a publicity stunt that should lay Stark to rest forever. But when the people around him are found gruesomely slain – and his own fingerprints dot the crime scenes – Beaumont is dumbfounded until he learns that Stark has taken on a life of his own…and begun a gruesome quest for vengeance!

Adapted from the bestselling novel by Stephen King, who wrote the novel as a nod to his own literary pseudonym, Richard Bachman, The Dark Half is an intense and shocking horror film, with a climax that stands up as one of the craziest of both King and Romero’s careers. Eureka Classics is proud to present The Dark Half in its UK debut on Blu-ray.

Available to order from: