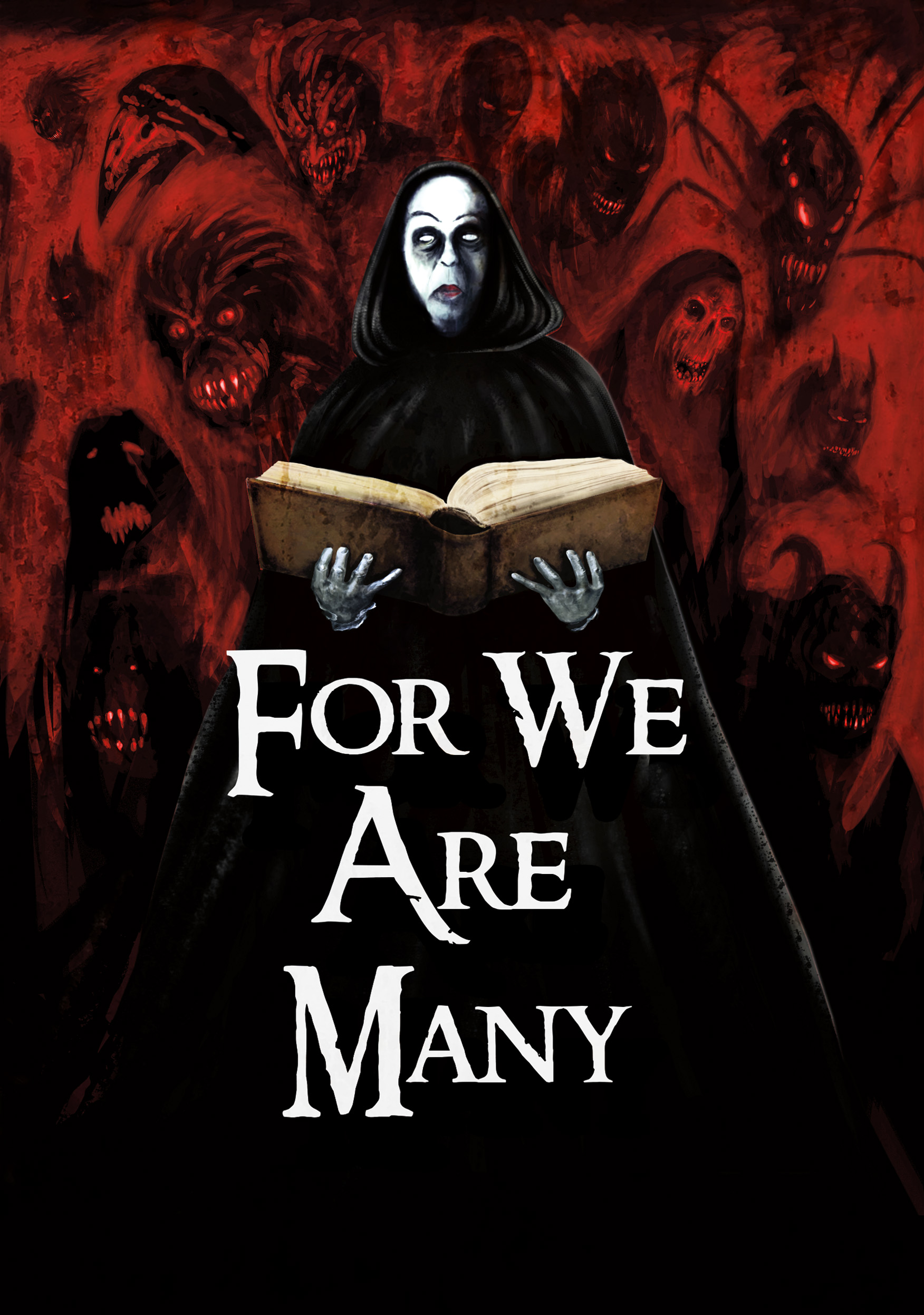 The latest offering from the Scottish studio is a demon-themed anthology featuring 13 shorts produced especially for the project by up-and-coming directors from around the world. For We Are Many is the first of several anthology features in the works at Hex, and seeks to showcase the best of new and emerging talent in the genre.

The film stars a host of horror icons including Eileen Dietz (The Exorcist), Nicholas Vince (Hellraiser), and Laurence R. Harvey (The Human Centipede II). Each segment tells the terrifying story of a particular demonic entity, from a devastatingly sensual succubus, to a Native-American demon that drives its victims to cannibalism, and many more, ranging from the biblical to the Lovecraftian.

Following an open pitching process, the producers at Hex worked closely with the filmmakers to ensure that each short would feature unique and iconic creatures, bold, original stories and (literally) eye-popping practical effects.

According to producer Lawrie Brewster of Hex, “A big part of our mission at Hex Studios has always been to provide a platform for, and shine a light on emerging talent. Working with so many supremely talented filmmakers to produce For We Are Many has been a fantastic experience, and we’re all so proud of the film we’ve created together. We’re already planning two further anthologies for next year which we’ll be announcing soon, and which will, again, be open to all to submit pitches.”

After two years of production, For We Are Many is now almost complete, and set to première at London’s legendary FrightFest. To support the release of the film, the producers have launched a Kickstarter campaign, where backers can pre-order copies of the film as well as Hex Studios’ previous titles, books, T-shirts and exclusive plush toys of their infamous villain the Owlman.

Head over to their Kickstarter page to watch the trailer, check out the rewards on offer and support independent horror!