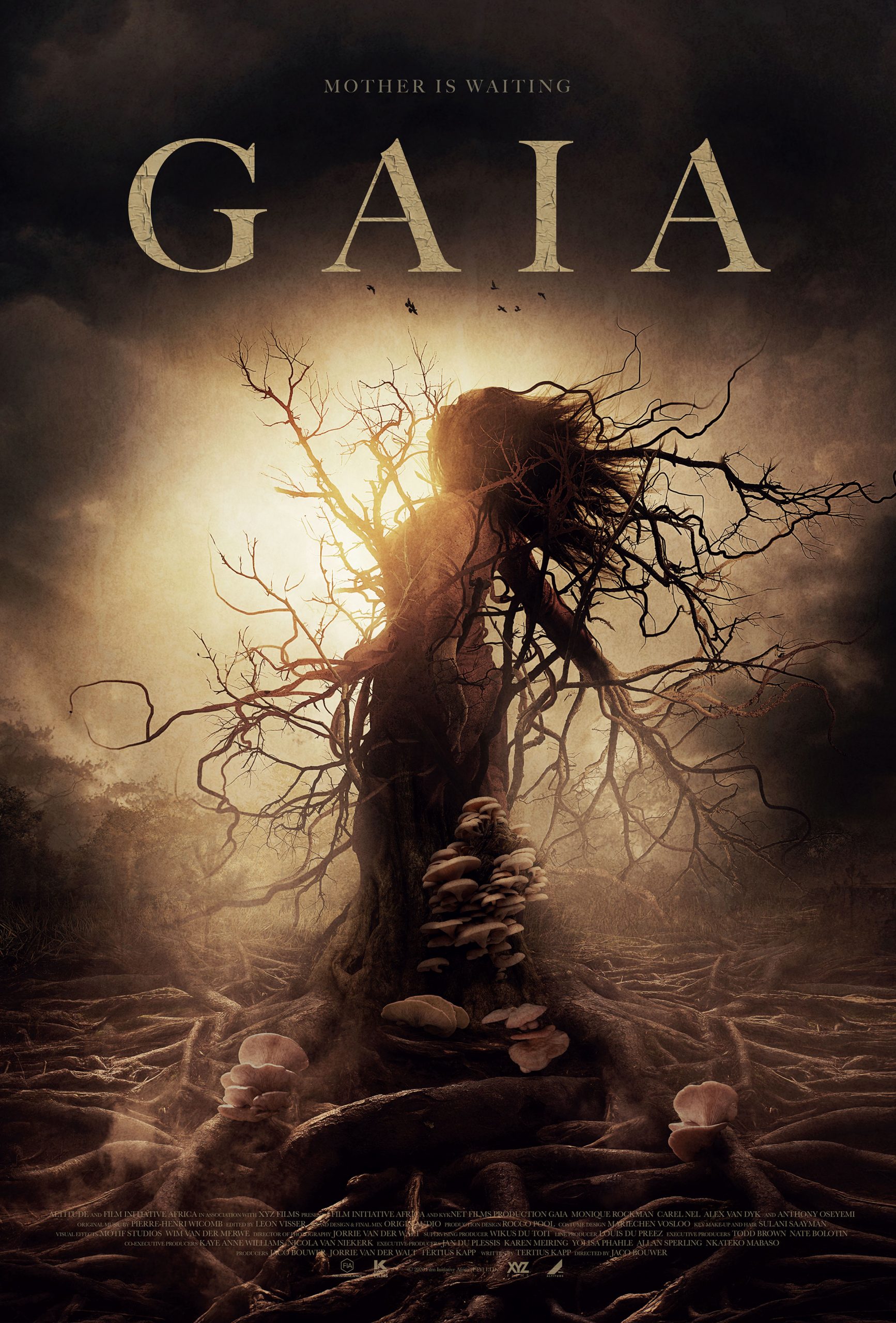 “A thought-provoking and disturbing experience” ROGEREBERT.COM

“Compels to the end” VARIETY

“A stunning assault on the senses” BLOODY DISGUSTING

A timely and terrifying eco-horror that will appeal to fans of gripping mindbenders Midsommar, The Ruins, Annihilation, and In The Earth, GAIA is a chilling and remarkable assured feature film debut from South African director Jaco Bouwer, with buckets of atmosphere, superbly unsettling effects – and a magnificent central performance from Monique Rockman (Number 37) as a forest ranger who encounters some serious weirdness in the forest – including a fanatical recluse brilliantly played by Carel Nel, who Kim Newman says, “is a compelling maniac figure” whose off the grid lifestyle isn’t what it appears to be.

Recalling genre hits The Survivalist and The Descent, GAIA is strikingly shot, eerie and inventive, a truly disorientating nightmare that will get under your skin and stay with you for days.

SYNOPSIS: An injured forest ranger on a routine mission is saved by two off-the-grid survivalists. What is initially a welcome rescue grows more suspicious as the son and his renegade father reveal a cultish devotion to the forest. When their cabin is attacked by a strange being it’s clear there is a far greater threat in this unrelenting wilderness.

GAIA IS RELEASED ON ALTITUDE.FILM AND OTHER DIGITAL PLATFORMS FROM 27 SEPTEMBER.