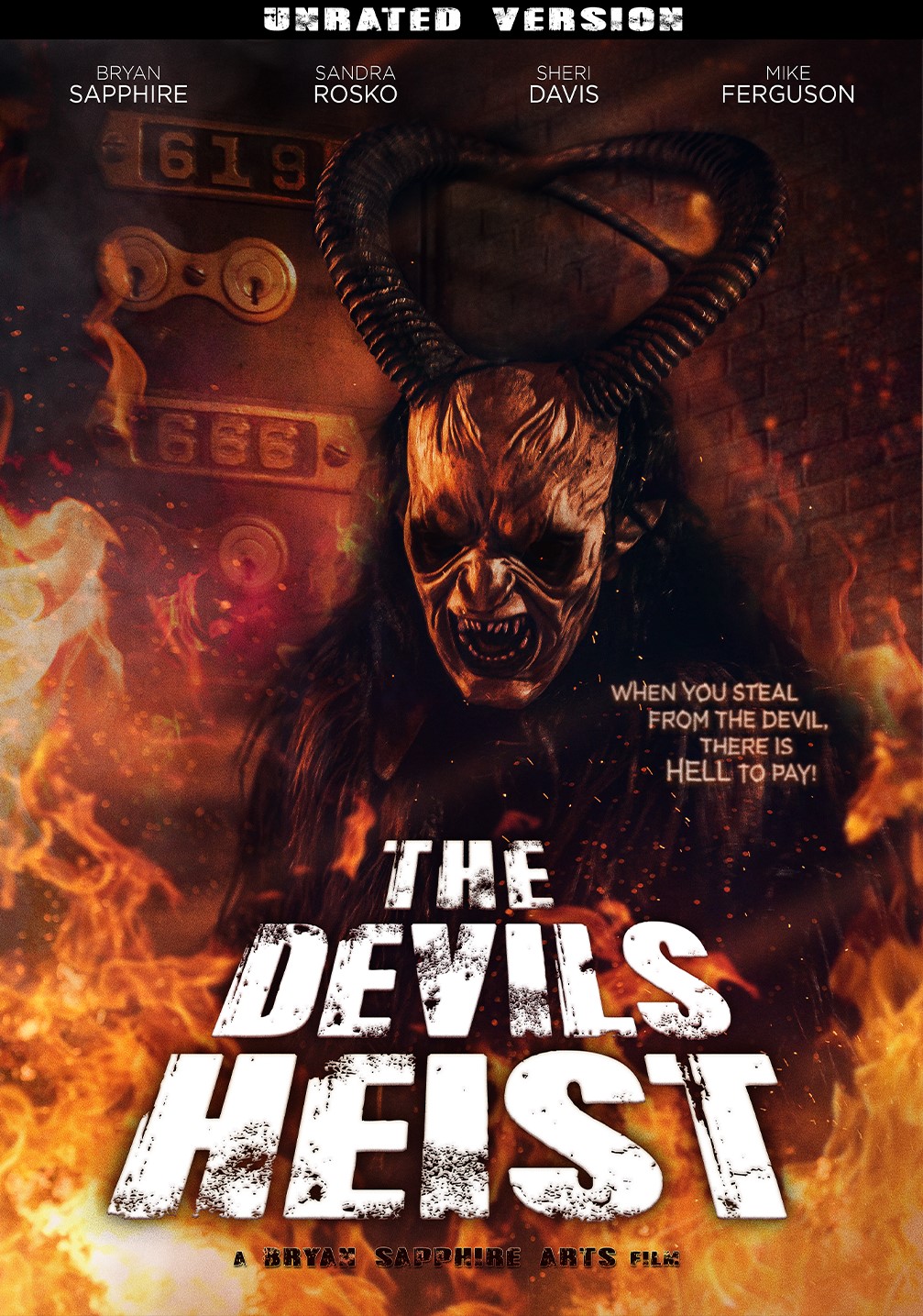 This December, there’ll be hell to pay if you steal from the devil!

After being released from prison, Ted and his associates rob Coven National Bank, later to find out it is owned by Lucifer and the employees are witches.

From director Fernando Acevedo, and scripted by Bryan Sapphire and Sophia Louisa Lee, The Devil’s Heist on VOD December 8 from Midnight Releasing.