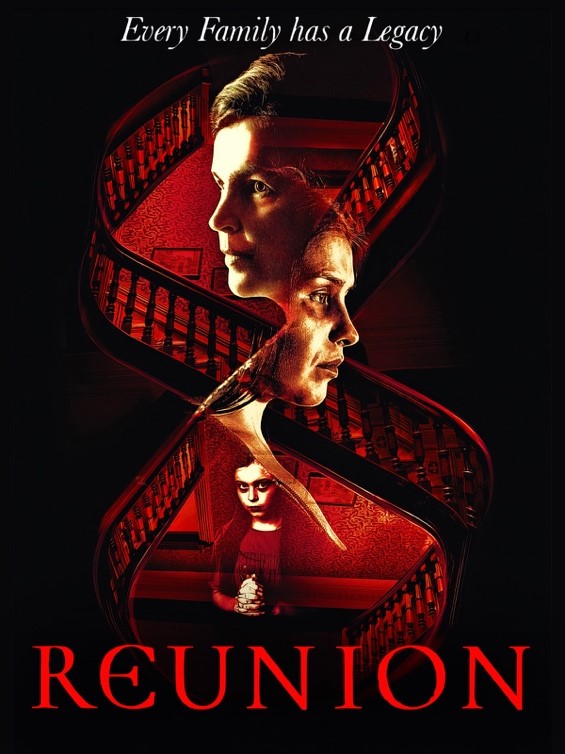 ‘The performances from these two actresses are fantastic. You can cut the tension with a knife. And that’s just in the first scene. 90-minutes later, you will need a chainsaw.”

Julia Ormond (Legends Of The Fall, Sabrina, The Walking Dead: World Beyond) gives a powerhouse performance in haunting psychological thriller Reunion from award-winning director Jake Mahaffy (Free In Deed, Wellness).  After wowing horror festival audiences and drawing comparisons to family-based horrors such as Hereditary, Relic and The Babadook, the film is set for its UK premiere on digital from 101 Films this March.

When a heavily pregnant woman returns home to give birth in the bosom of her family, after years away, she discovers that families can be a nightmare, as she uncovers dark secrets from her troubled childhood.

Ormand plays matriarch Ivy, who enjoys a strange, detached relationship with adult daughter and mum-to-be Ellie (Emma Draper –­ This Town). After a long time apart, the pair are thrown together when Ellie arrives at her recently deceased grandparents’ family home, ahead of the birth, to help Ivy with the clearance. Ellie’s wheelchair-bound dad Jack (John Bach –The Lord Of The Rings The Two Towers and The Return Of The King) is also rattling the walls in the creepy old house.

Once home, the relationship between mother and daughter becomes further strained and Ellie starts to experience strange occurrences and disturbing dreams about her long-dead sister Cara.

As her life becomes increasingly fraught, Ellie must face her demons and the horrific truth about her past.

A family reunion can be hell…