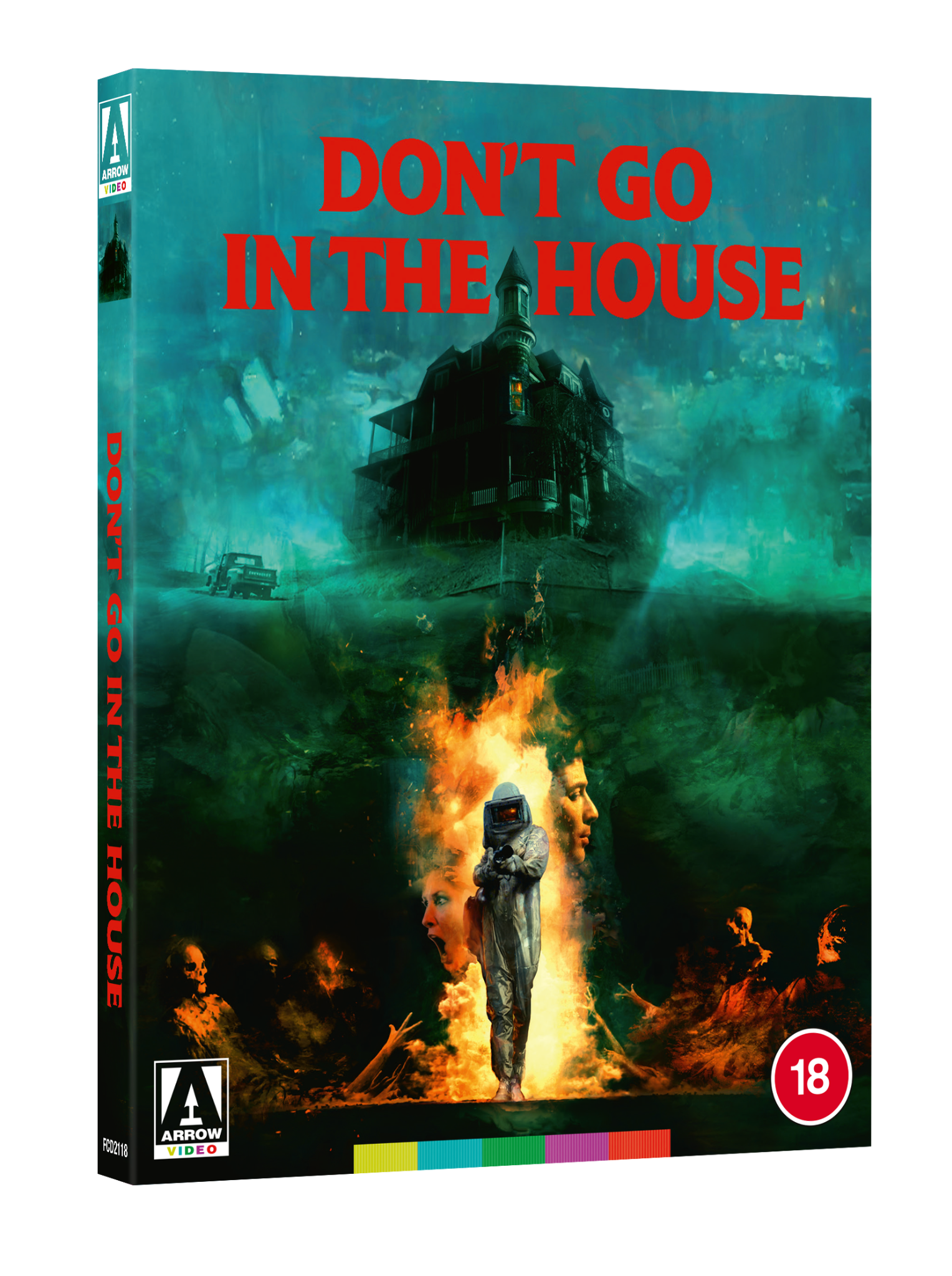 THE FIRST EVER ARROW VIDEO RELEASE TO INCLUDE AUDIO DESCRIPTION

A legendary title from the Video Nasties era, Joseph Ellison’s relentlessly bleak and disturbing Don’t Go In The House, the film that dares to ask “What if Norman Bates had a flamethrower?” is out now on Limited Edition Blu-ray – and marks the first Arrow Video to include audio descriptions for the visually impaired.

Matt Jarman, who did the AD at Bad Princess Productions, says the film was “a perfect candidate for audio description as it doesn’t move too quickly, get overloaded with visual information or feature a great deal of dialogue. It is a mid-paced portrait of a character’s descent into madness where the house itself is one of the main characters. It was a pleasure to describe as there was plenty of room to add descriptive details about the house without the description becoming too intense or wordy. I hope the visually impaired community will enjoy this film and the audio description as much as I did making it.” Sigrid Larsen, from The Engine House Media Services (that does post production for Arrow) says she’s “excited to add a video nasty to our library of audio descriptions!”

The film has lost none of its power to shock in the decades since it was first censored by the BBFC and seized by UK authorities. Now fully uncut and making its UK high definition premiere in a brand new 2K restoration, the film, starring The Sopranos’ Dan Grimaldi in a gripping central performance, is back in a definitive collectors’ edition with both original and extended versions, as well as brand new commentaries, featurettes, a poster and booklet. There is also an exclusive Arrow Store 3-disc Video Nasty Edition, that includes a Limited edition O-card featuring original “video nasty” VHS artwork, and Cinema and VHS-mode viewing options.

Synopsis: Donny Kohler (The Sopranos’ Dan Grimaldi in a gripping central performance), a disturbed loner unhealthily obsessed with fire, comes home from his factory job one day to find his abusive mother has died. Now all alone in the large Gothic mansion he calls home and consumed in an inferno of insanity, he is finally able to fulfill his violent revenge fantasies against her. Soon, any woman unlucky enough to enter is forced to come face to face with the worst fate imaginable in the secret steel-clad chamber of death he has built in the house’s depths…