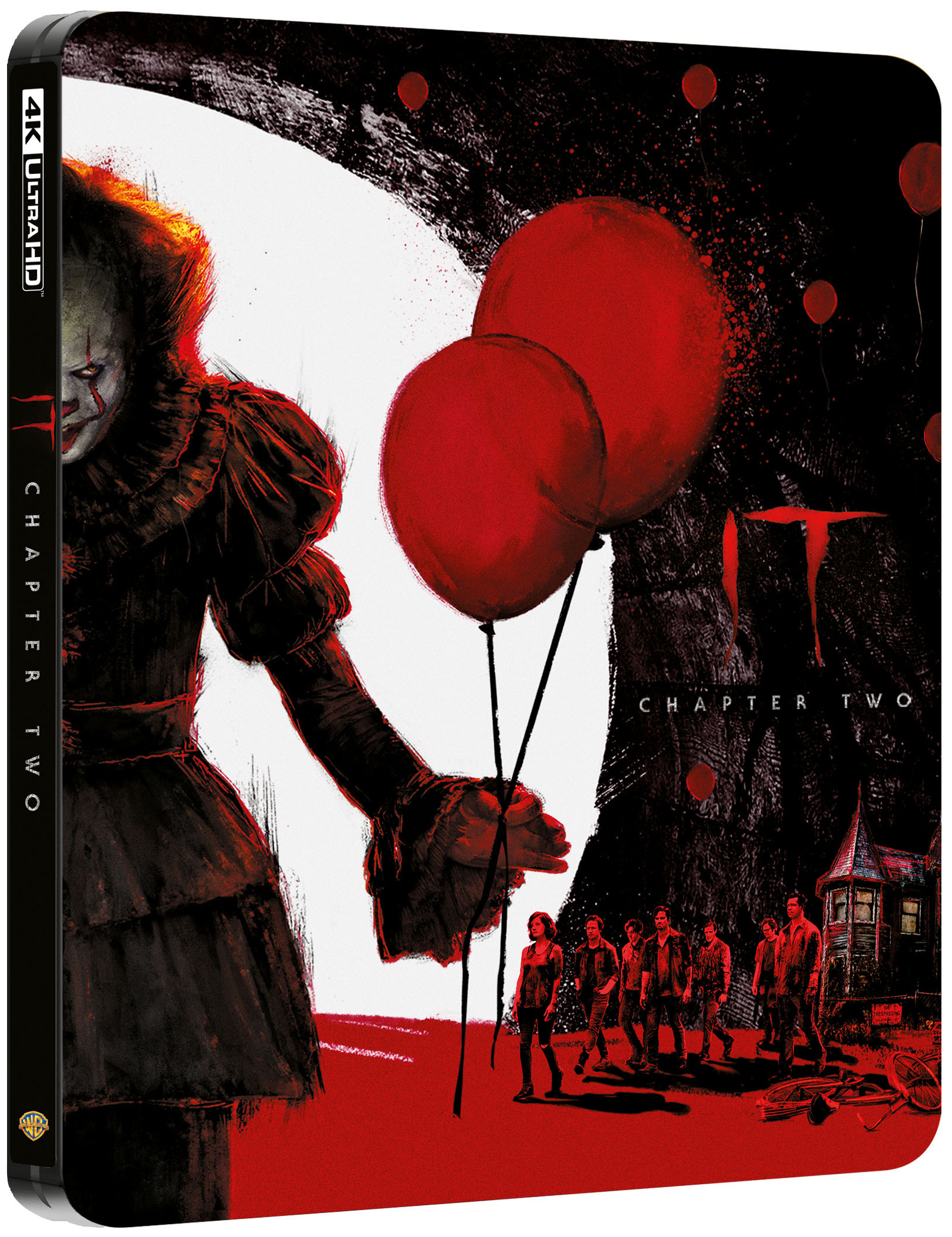 OWN IT ON DIGITAL DOWNLOAD NOW, AND 4K STEELBOOK, 4K UHD, BLU-RAY™ AND DVD ON JANUARY 13

Pennywise wreaks terror on Derry once again for round two!

Evil resurfaces in Derry as director Andy Muschietti reunites the Losers Club in a return to where it all began with “IT Chapter Two,” the conclusion to the highest-grossing horror film of all time, on 4K Steelbook, 4K UHD, Blu-ray™, DVD and Digital Download.
The film is Muschietti’s follow-up to 2017’s critically acclaimed and massive global box office hit “IT,” which grossed more than $700 million worldwide. Both redefining and transcending the genre, “IT” became part of the cultural zeitgeist.

Twenty-seven years after the Losers Club defeated Pennywise (Bill Skarsgård), he has returned to terrorize the town of Derry once more. Now adults, the Losers have long since gone their separate ways. However, people are disappearing again, so Mike (Isaiah Mustafa), the only one of the group to remain in their hometown, calls the others home. Damaged by the experiences of their past, they must each conquer their deepest fears to destroy Pennywise once and for all… putting them directly in the path of the shape-shifting clown that has become deadlier than ever.

For your chance to win IT Chapter Two on 4K Steelbook, simply answer the following question:

IT Chapter Two is a continuation film based on the novel by Stephen King. In the novel and in the first film, it is stated that Pennywise comes to terrorize the town of Derry in increments of how much time? (a) 5 years (b) 11 years (c) 27 years

IT Chapter Two is available on Digital Download now, and 4K Steelbook, 4K UHD, BluRay™ and DVD on January 13.