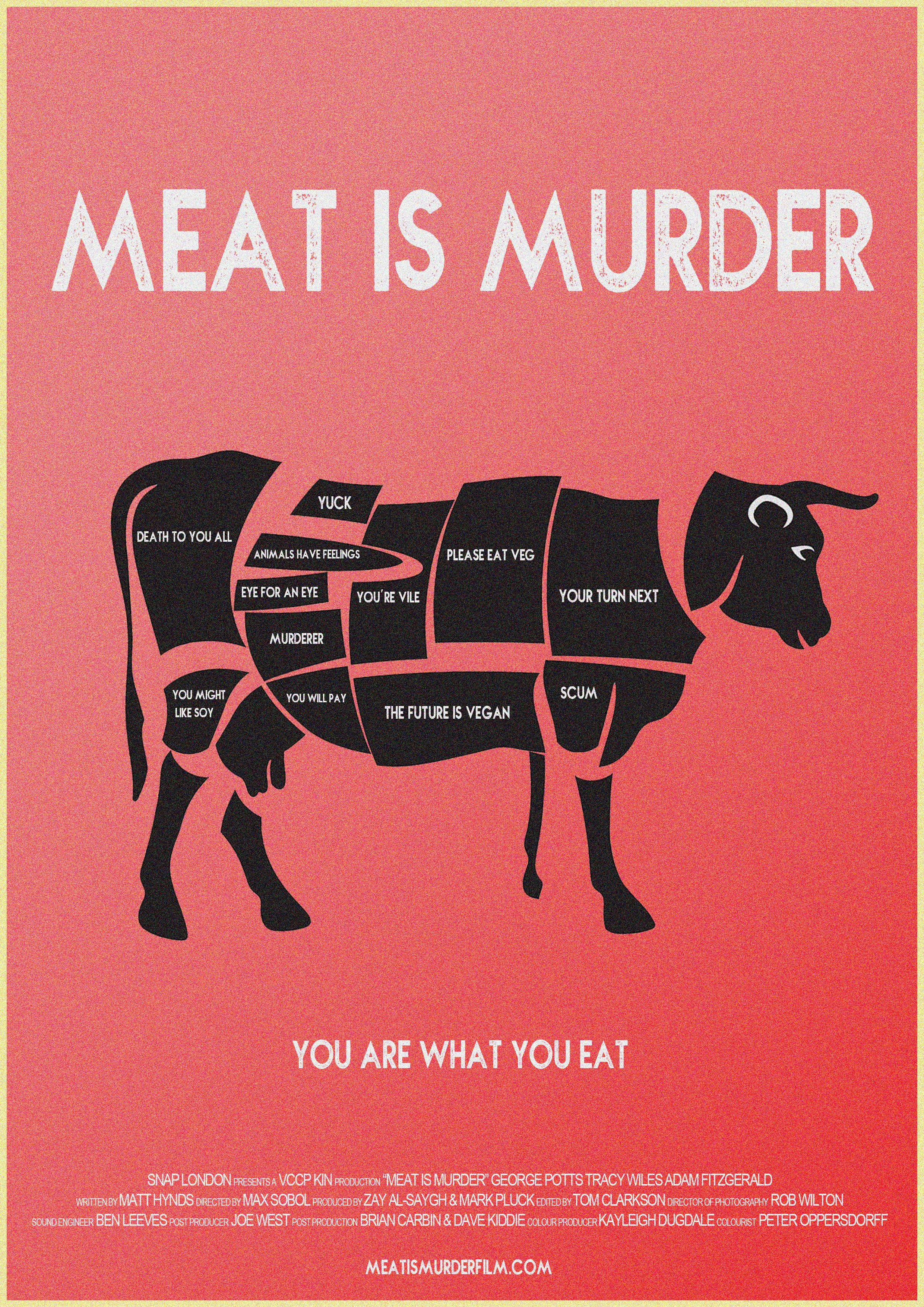 How far would you go for a cause you care about? Meat is Murder, a new comedy horror short film from director Max Sobol whose previous short The Photographer picked up the best cinematography award at the 2017 British Independent Film Festival; asks just that question – with deliciously dark results.

The story focuses on Patrick, a young filmmaker investigating a group of vegan vigilantes. At first they seem harmless, but when their de facto leader Steven faces a leadership challenge from hardliner Julie, the group starts to head down a much darker path.

Debut writer Matt Hynds explains his inspiration.
“The vegan debate has always interested me,” he says. ”As a meat eater who is also an animal lover, I am aware of the hypocrisy involved.”

“The industrialisation of farming is obviously horrific and yet we still eat meat, so why isn’t everyone a vegan yet? Is it stubbornness? A lack of options? Or simply the fact that veganism has an image problem?”

It was these open-ended questions that brought him round to devising a script which investigated these themes through the guise of a group of vegans struggling to decide the best way to spread their message.

Director Max Sobol on what attracted him to the project:

“Whether it’s veganism or politics, infighting and manoeuvring often gets in the way of the real issues at stake, detracting from the actual cause or true message” he explains “This struggle lies at the heart of our story.

“The vegan message is often delivered in extreme ways that leave its advocates open to attack from their opponents. We were careful to ensure that we weren’t doing that with our film, but rather opening up the debate and asking people to think more carefully about the messages they are hearing and where they are coming from”.