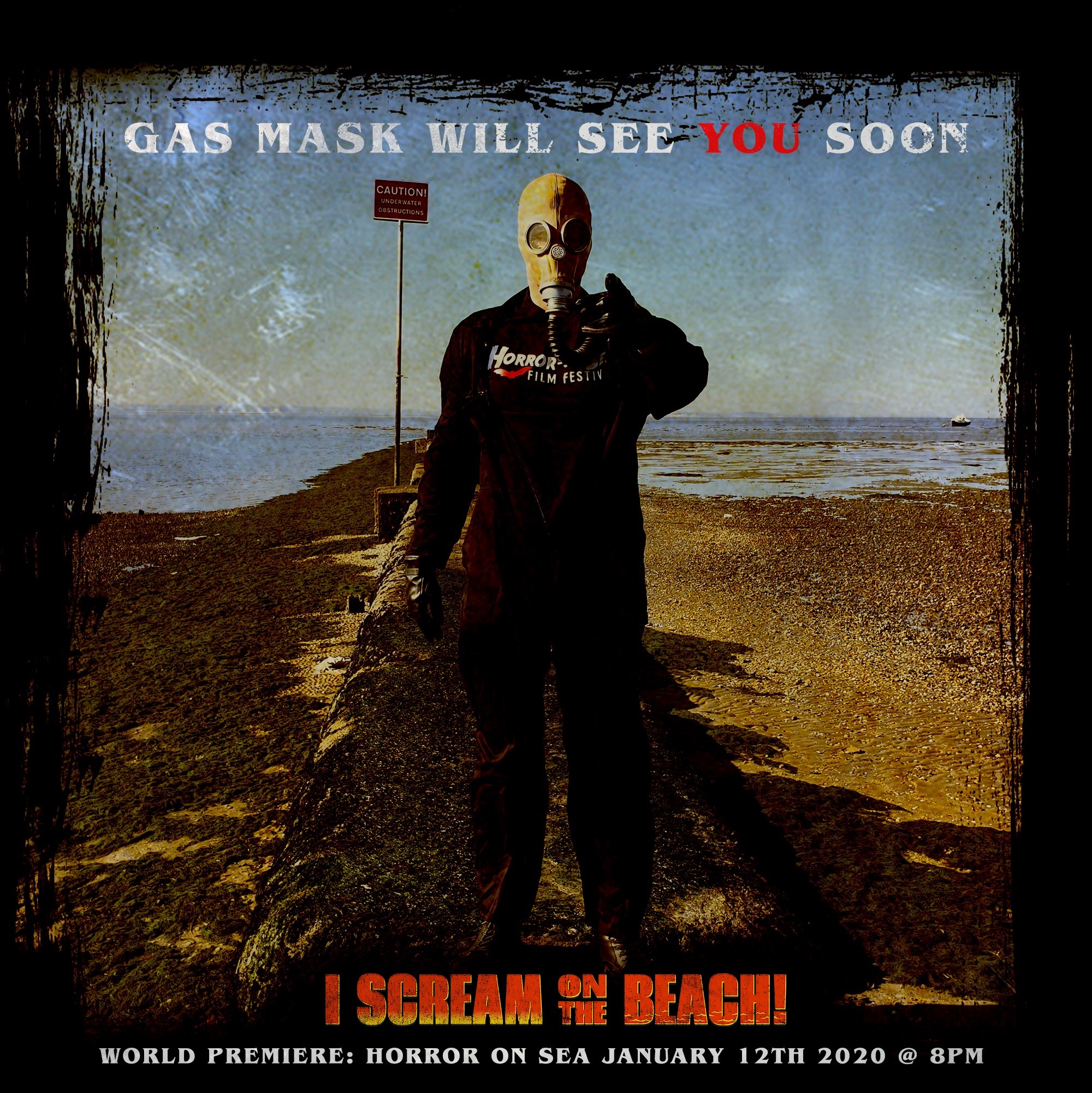 From Writer-directors Michael Holiday and Alexander Churchyard comes a new 80’s inspired horror I Scream on the Beach!

The 1980s, in the small seaside town of Mellow Coast; Emily is trying to discover what has happened to her father. As she searches for answers her friends start getting picked off one-by-one by an unknown killer.  A tribute to the home video boom period of horror movies.

From TIS Productions Ltd and Directed by Michael Holiday and Alexander Churchyard. I Scream on the Beach stars Hannah Paterson, Dani Thompson (My Bloody Banjo, Pumpkins), Reis Daniel (There’s No Such Thing as Zombies) and Lloyd Kaufman (The Toxic Avenger)

Michael Holiday and Alexander Churchyard has the following to say about the film:

I SCREAM ON THE BEACH! is an 80’s set horror/comedy, and takes place in a small seaside town, and like all good horror is set at Halloween.

We’ve based the look of the film on our favourite horror movies, from both our childhoods, that we rented from the video shop on VHS, and classics we’ve discovered as adults. The film uses a lot of practical effects, and even features appearances from some familiar faces to low-budget horror fans, such as Lloyd Kaufman from Troma. This was a real coup for us, and we were excited to have his support on the film.

We love the classics, and were inspired by the Friday the 13th series, My Bloody Valentine, The Burning, Bay of Blood and Halloween, but also takes from Evil Dead, Basket Case and The Beyond.

Although we took a lot of inspiration from both American and European horror movies, it was important to us to have it take place somewhere that we could recognise, thus the seaside town, a British institution.

The film will be having its world premiere at the Horror-on-Sea Film Festival, in Southend on Sea, on Sunday January 12th, 2020 at 8pm. We are delighted to be having our premiere as it was shot in entirely in Southend and lots of the cast and crew are local to the area.

You can keep up to date with news about I Scream on the Beach on the following social media.