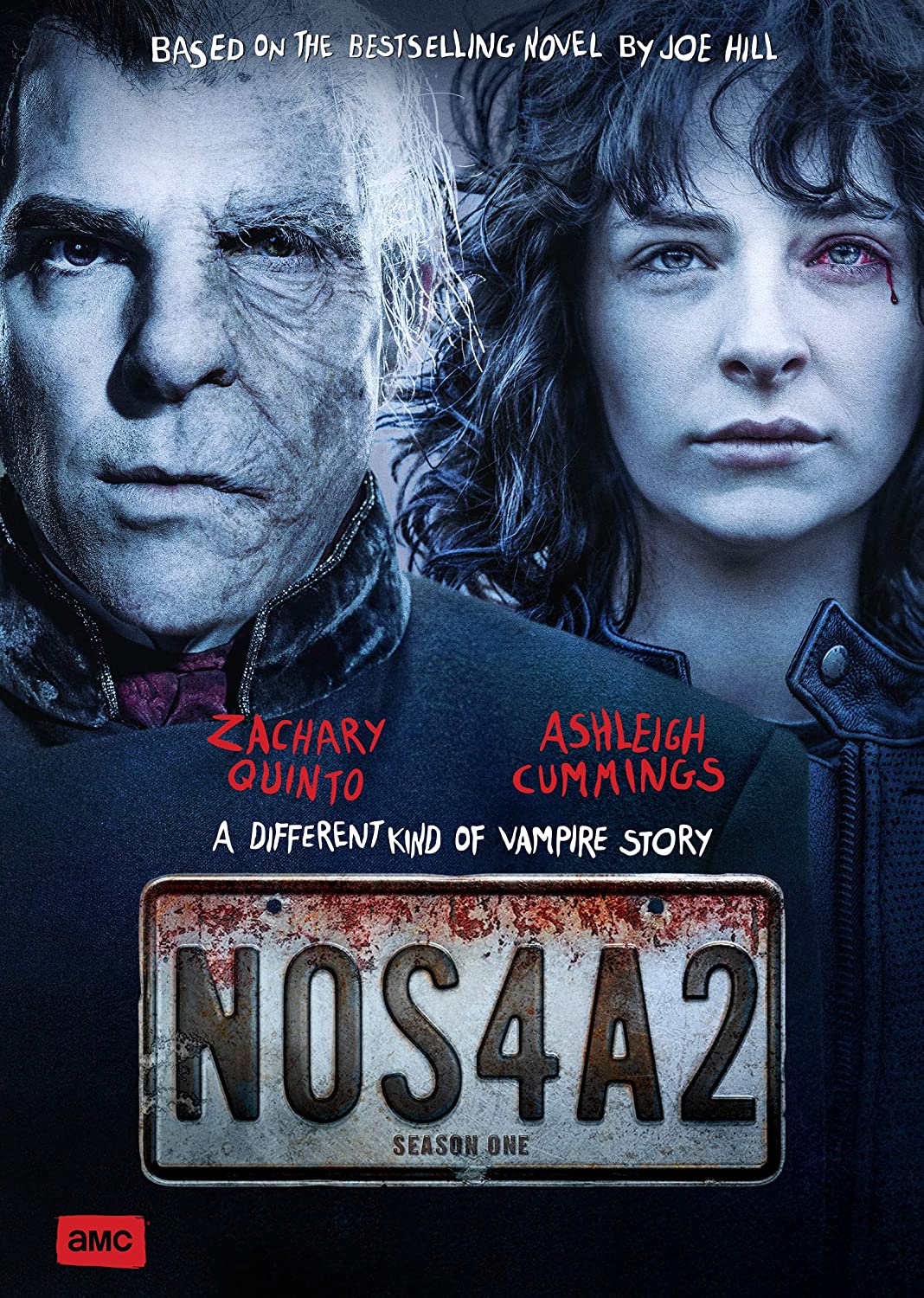 ‘Excellent horror telefantasy. Check it out as soon as you can’
Starburst

STAR TREK’S Zachary Quinto stars as the evil Charlie Manx in NOS4A2, a different kind of vampire story based on the New York Times best-selling novel of the same name by Joe Hill, acclaimed novelist and son of horror maestro Stephen King.

This grippingly dark series follows a woman determined to track down a string of missing children whose disappearance may be more sinister than anyone would believe and is set to arrive on DVD NOS4A2 Season 1 & 2 Complete DVD Box Set comprising of 20 episodes on four discs and on digital 8 March 2021, courtesy of Acorn Media International.

Victoria “Vic” McQueen (Ashleigh Cummings – Tomorrow When the War Began, Miss Fisher’s Murder `Mysteries), is a young working-class artist, who, fed up with her parents (Virginia Kull – Big Little Lies, Twin Peaks and Ebon Moss-Bachrach – Girls, The Punisher) fighting, jumps on her motorbike to get away. Soon she discovers that she has an uncanny ability to find lost things…

This power puts her on a dangerous collision course with the seemingly immortal, sinister, seductive Charlie Manx (Zachary Quinto – American Horror Story, Heroes). Manx lures children, feeds off their souls, then deposits what remains of them into Christmasland—a twisted Christmas Village of Manx’s imagination where every day is Christmas Day and unhappiness is against the law.

Alongside bubbly, purple-haired librarian Maggie Leigh (Jahkara Smith – Into the Dark) who has a Scrabble bag portal to the universe, Vic must strive to defeat Manx and henchman Bing Partridge (Ólafur Darri Ólafsson – True Detective, The Missing), and rescue the missing children – all without losing her mind or falling victim herself… Riddled with references to Joe Hill’s other renowned works, including

Locke and Key, now also a hit series, alongside nods to his famous father’s masterpieces, NOS4A2 is a true treat for horror connoisseurs.