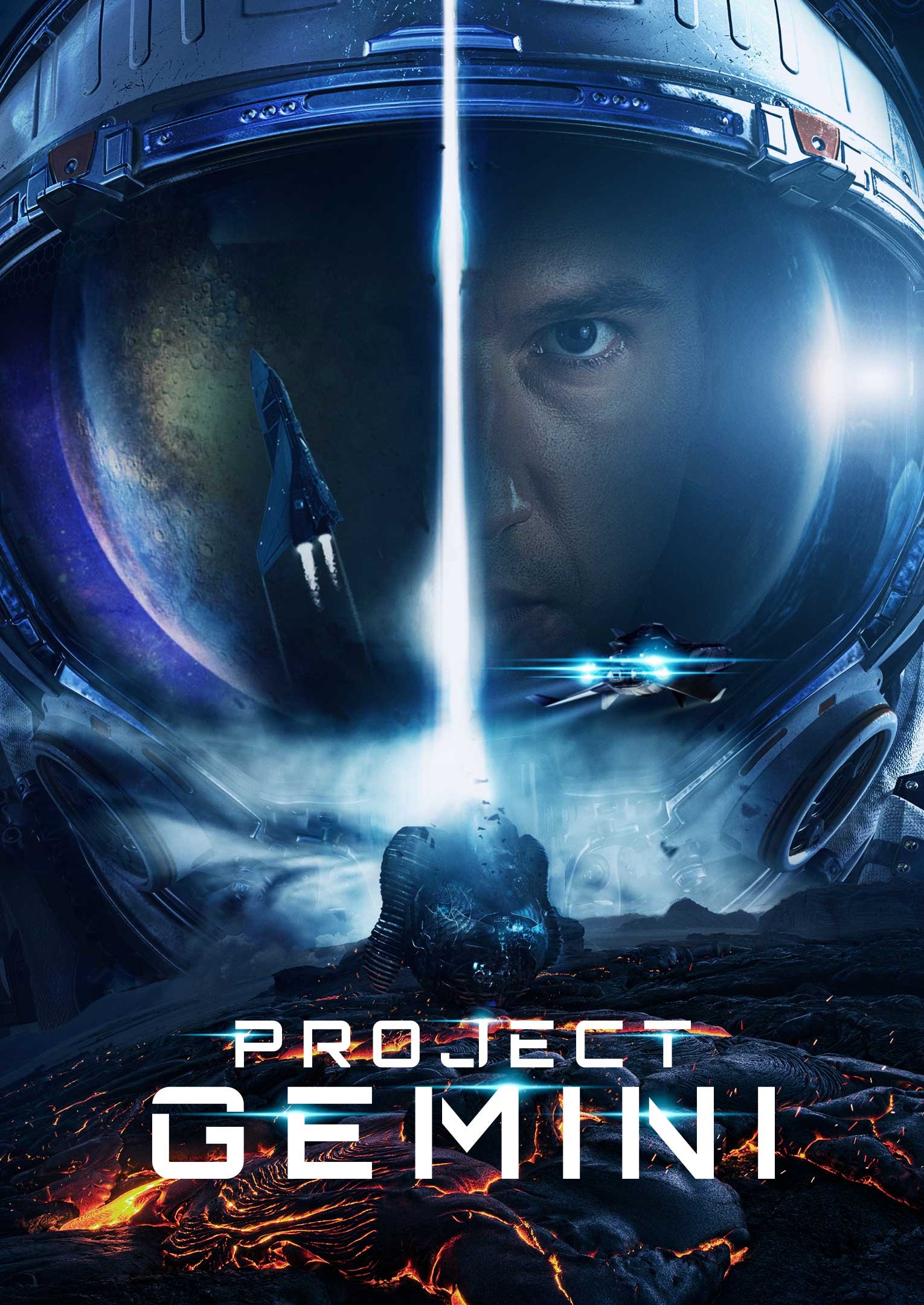 Boasting some strong visual effects and a story (which albeit is perhaps more of a summary of the Alien franchise than a story in its own right), ‘Project Gemini’ is an easy watching sci-fi horror movie set in a dystopian future.

‘Project Gemini’ kicks off with a montage introduction explaining the cataclysmic ecological downturn which sees the fate of mankind hanging on the hopes of two alien artifacts which are hypothesised to not only be the key to life on earth, but to also offer its salvation. It is hoped that by fitting the devices to the engines of a spaceship, a team of scientist will be transported to a planet suitable for human habitation. It’s not long however, until things have taken a sinister turn with the ship becoming marooned in deep space with the rapidly diminishing crew at the mercy of an unidentified lifeform.

Plotwise it would be a rather large omission on my part if I didn’t mention that there is definitely more of other people’s films in here than ‘Project Gemini’ having its own take on the standard Sci-fi horror plotline. If you’ve seen Ridley Scott’s ‘Alien’ and his more recent ‘Prometheus’ there are scenes here which look as if they could be mistaken for a fan made version of the aforementioned genre benchmarks. In similar fashion ‘Alien 3’ gets an entire set piece ripped straight out of its 90s disaster piece; hell even 1995’s ‘Sphere’ doesn’t escape the ‘homage’ treatment.

Mimicry aside, the plot is pretty standard, and aside from some rather distracting long fadeout cuts at the end of numerous scenes and some odd sound/dubbing choices, the film just about gets the job done. I would say, in horror terms, ‘Project Gemini’ is the equivalent of your standard mid-scoring slasher movie, there’s a formula that works, and if you ain’t got anything better, then give the people what they expect to see!

That said, in complete contrast to the film’s editing and audio technical shortcomings, the films overall art-style, and most specifically the films visual effects, are all really great. Definitely leaning (again) on Scott’s style and grading, the numerous space set CGI scenes look really crisp and vibrant, with the details within these scenes really popping. Even the films choice of wardrobe and ship interiors look as if they could have come straight off the set of ‘Prometheus’; and that’s definitely a complement. The creature designs also look great, and ‘Project Gemini’ does a good job of teasing out the creature, ramping up its camera time as the film goes on, rather than offering the reveal too early on.

Leaning more on the Sci-fi than the horror, I wouldn’t say the film has much in terms of suspense, but it does do a good job of building some decent levels of intrigue here and there within its run-time, even if the scenes and set pieces never equate to the classic highs of the franchises they emulate.

Overall ‘Project Gemini’ isn’t without its faults, but there’s enough cool stuff scattered throughout to make this worth checking out if your intrigued by either the premise (or the trailer). The human elements are definitely the weakest part of the film, and I could have done with the drama parts having somewhat slicker editing to give it a little more pace, but I really liked how the film presented, and the scenes with the Alien and action, no matter how familiar, still entertain.