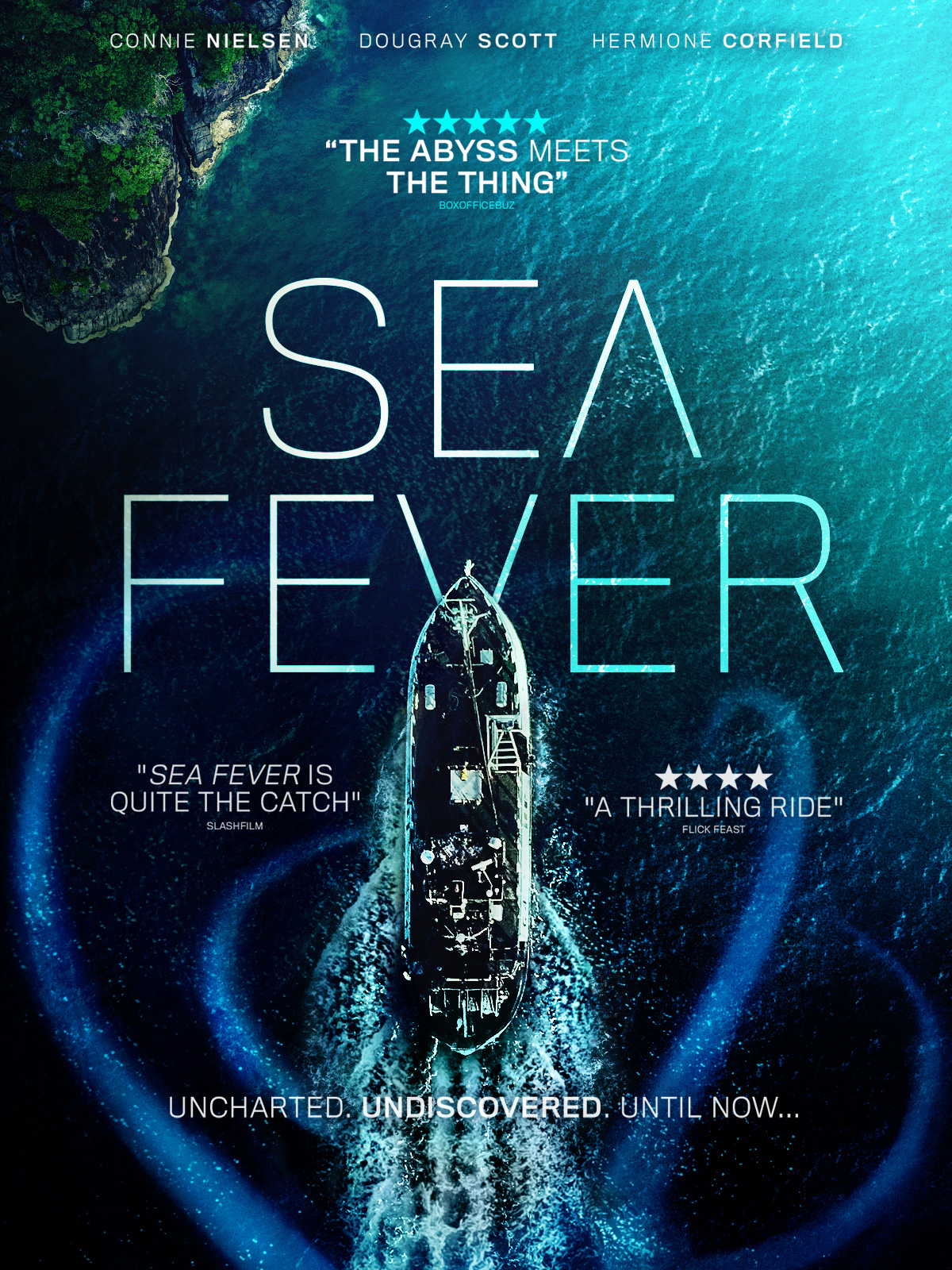 MAROONED AND INFECTED (and recommended by Stephen King…)

For marine biology student Siobhan (Hermione Corfield), it was supposed to be a research excursion with a trawler crew fishing the West Irish seas. But when they hit an unseen object and become marooned, a mysterious parasite infects their water supply. Soon the oozing force infiltrates the entire vessel and turns Siobhan’s journey into a claustrophobic fight for survival. Can they stop the mysterious water borne parasite from spreading before it’s too late?