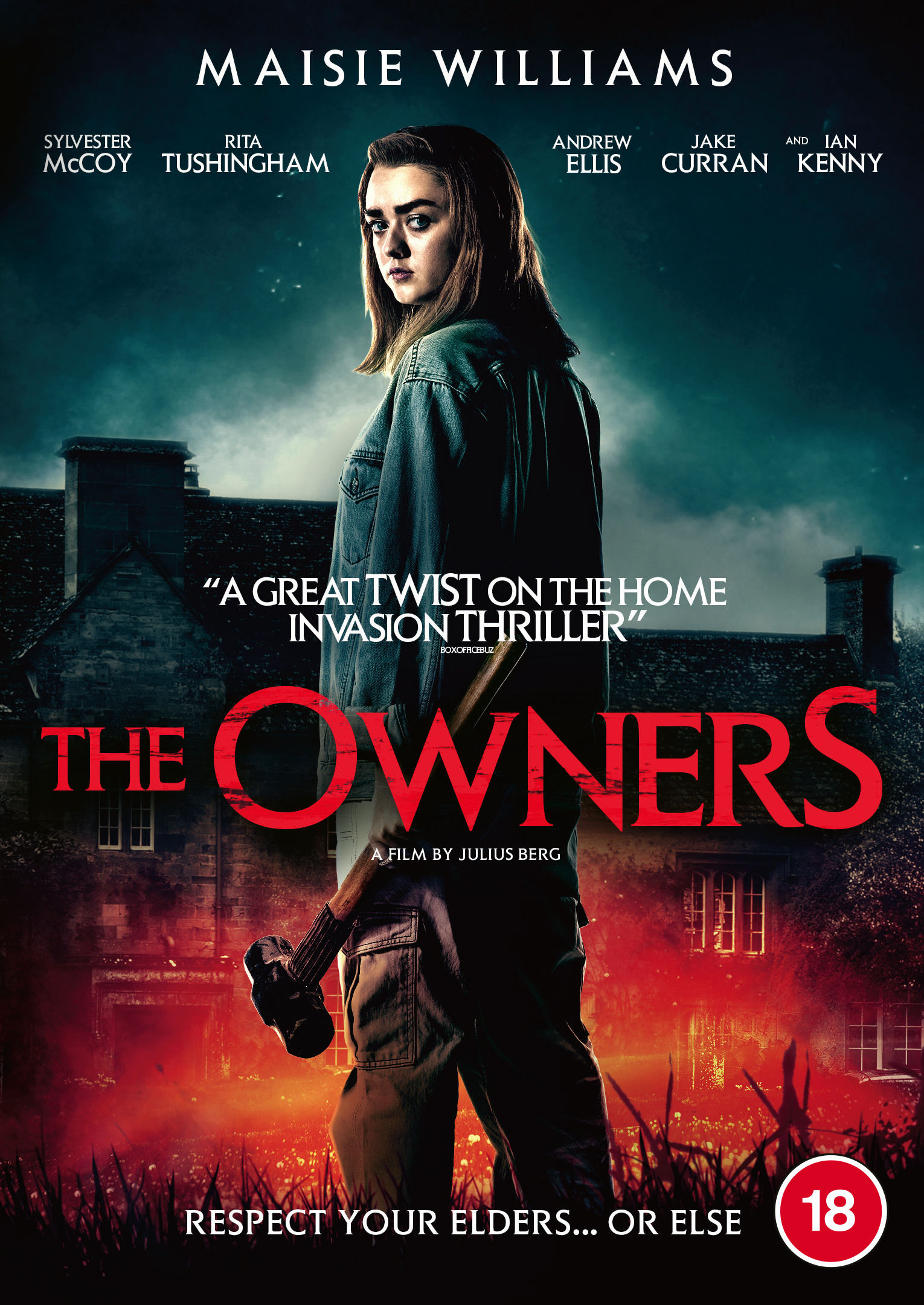 Synopsis: Get ready for a super tense and shockingly fresh twist on home invasion with THE OWNERS. The seventh ‘Doctor Who’, Sylvester McCoy, and Swinging Sixties icon Rita Tushingham (Doctor Zhivago, A Taste of Honey) take on Maisie Williams (Game of Thrones Arya Stark) in a super entertaining new horror adapted from the graphic novel ‘Une Nuit de Pleine Lune’ from legendary creators Hermann and Yves H. One night in 1990s rural England, a retired couple finds their isolated house besieged by a gang of young criminals. The thieves think it will be easy to make them give up the secret of their safe. But they have no idea the nightmare they’ve gotten into and soon need to fight to escape the house alive. Also starring Ian Kenny (Solo: A Star Wars Story) and Jake Curran (Maze Runner: The Death Cure). Original Soundtrack by Never Not Nothing. THE OWNERS was adapted for screen and directed by Julius Berg (La Forêt) in what Empire Magazine calls “an astonishingly assured feature debut.”