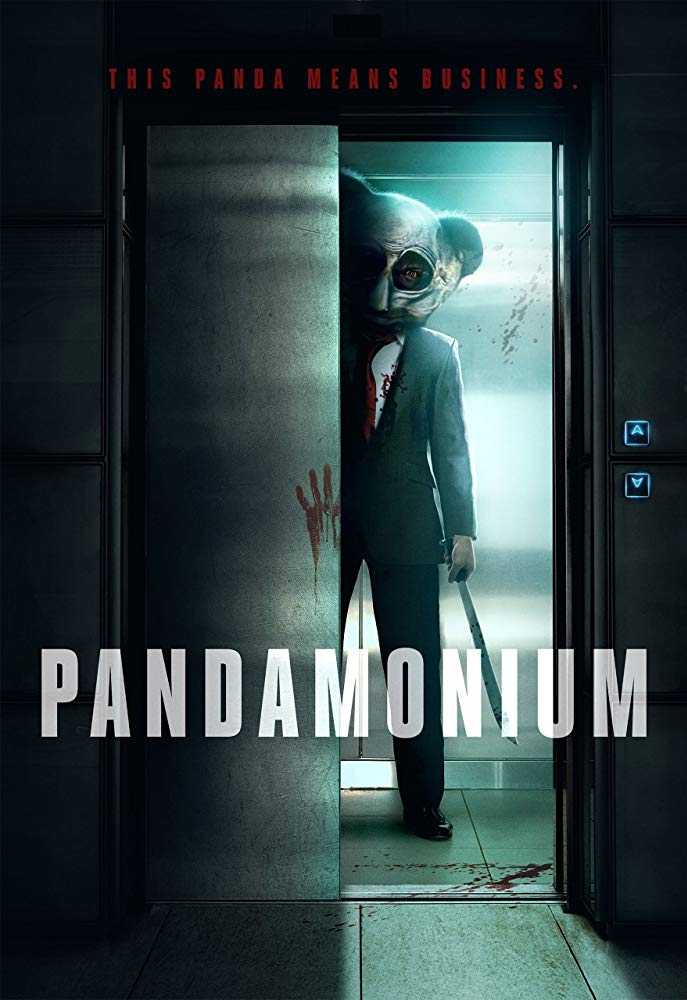 The infamous Panda Headed serial killer makes a return in MJ Dixon’s ‘Pandamonium’ which is released in the US on DVD and HD Digital on June 2nd.

The guys on Level 6 like to work hard, and party harder, that means the best booze, the finest drugs and hottest women money can buy. Unfortunately for them the Strippers they’ve just hired have come with an unwanted guest.

Jacob, Jakushi, the infamous ‘Stripper Ripper’ with an oversized Panda mask and a taste for exotic dancers has these girls in his sights and he’ll stop at nothing to get what he wants.

It’s now Strippers VS PandaHeaded Serial Killer as they fight to survive the office party from hell.

Writer-director MJ Dixon had the following to say about the film – “We’re really excited to see Pandamonium hit US shores, the film certainly has a very British sense of humour, but it’s one we hope that our friend across the pond will enjoy and if not you’ve still got some lovely stripper and some ‘inventive’ kills to look forward to.”