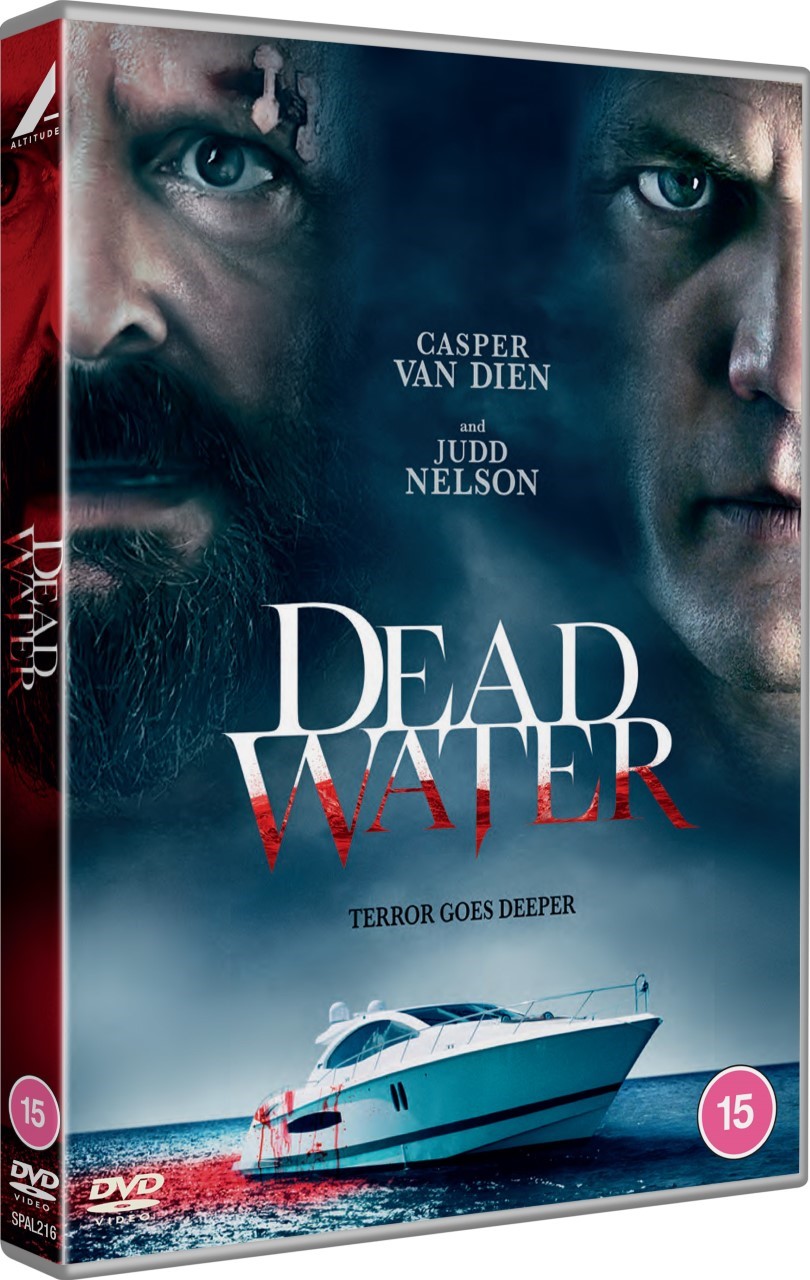 DEAD WATER sees a group of friends terrorised by a pirate on their yacht during a pleasure cruise. Unfortunately for the pirate, one of the group happens to be an ex-Marine who is teetering on the edge. It’s triple-crosses and terror (not to mention antique harpoon guns) from that point on, as the boat plunges into deeper water, and an extremely stormy climax.

“It’s gonna be fun!” says Brianne Davis (True Blood), at the start of the film, and it certainly is – but not if you were expecting calm seas. With Van Dien as a likeable, but somewhat shady lead, Judd Nelson a remarkably shifty bad guy, and The Magnificent Seven’s Griff Furst as a man battling to save all he holds dear, Chris Helton’s debut film is a sleek, impressive ninety-minutes. With pulpy B-movie thrills and unsettling mind games, in spectacular Caribbean scenery, it’s as taut as a sail rope in a force 10 gale, with more twists and turns than a rigging knot. DEAD WATER is a boat trip fans of Adrift and Dead Calm are going to want to take.

Wealthy doctor John Livingstone is planning “a couple of days on the water, breathing the sea air”, sailing his expensive new yacht in the Virgin Islands, with his troubled buddy, former Marine David, and David’s wife Viviane along for the trip. John and Viviane hope the excursion will provide David – troubled with PTSD – with some much needed rest and recreation. But, once out on the open water, tensions begin to arise, loyalties are tested, and the last thing they need is an extra passenger, in the form of the mysterious Sam McLean, a pirate who has designs on John’s luxurious boat – even it means killing to get it.