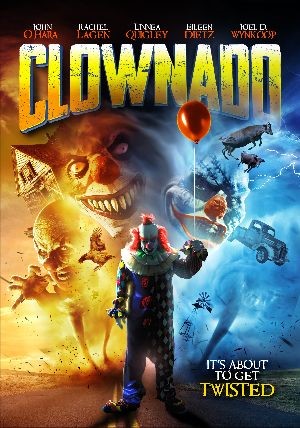 The Joke’s on you when Clownado blows in this September!

Cursed demonic circus clowns set out on a vengeful massacre using tornadoes. A stripper, Elvis impersonator, truck driver, teen runaway, and a dude get caught in the supernatural battle between femme fatal and the boss clown from hell.

Rachel Lagen, John O’Hara, and Joel D. Wynkoop co-star in “an enjoyable, blood-soaked love letter to the genre*” from the legendary Todd Sheets.
*Voices from the Balcony