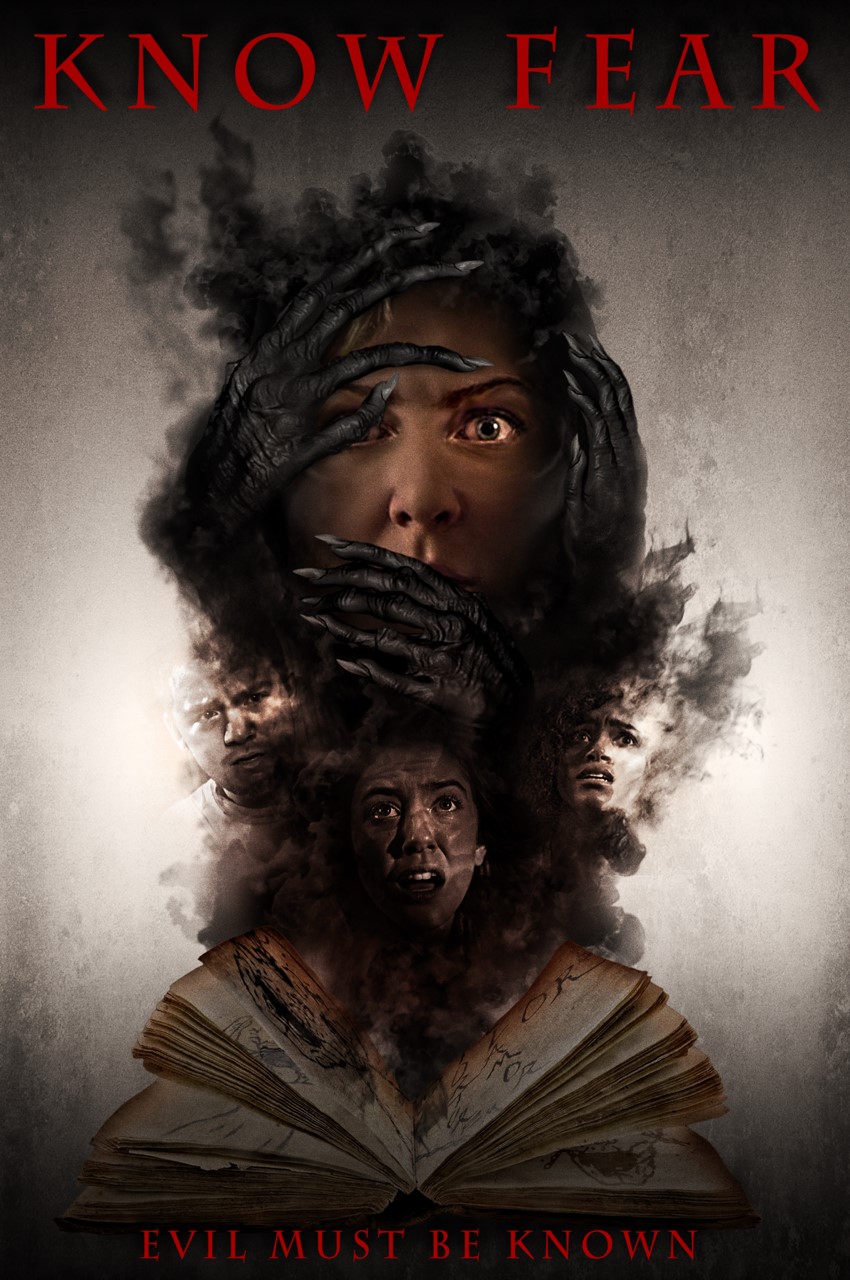 The Jamison M.LoCascio-directed horror of the same name  premieres on digital 3/12 from Terror Films.

After discovering an ancient book of the occult in their new home, Donald Capel’s (David Alan Basche) wife Wendy (Amy Carlson) is seized by a demonic entity, nearly killing her. Donald’s niece (Mallory Bechtel) activates a dangerous ritual in the book used to identify and banish demons, a ritual forcing each member of the family to communicate with the demon in their own unique way: to see it, hear it, or speak to it.

KNOW FEAR will be available on digital March 12 from Terror Films.