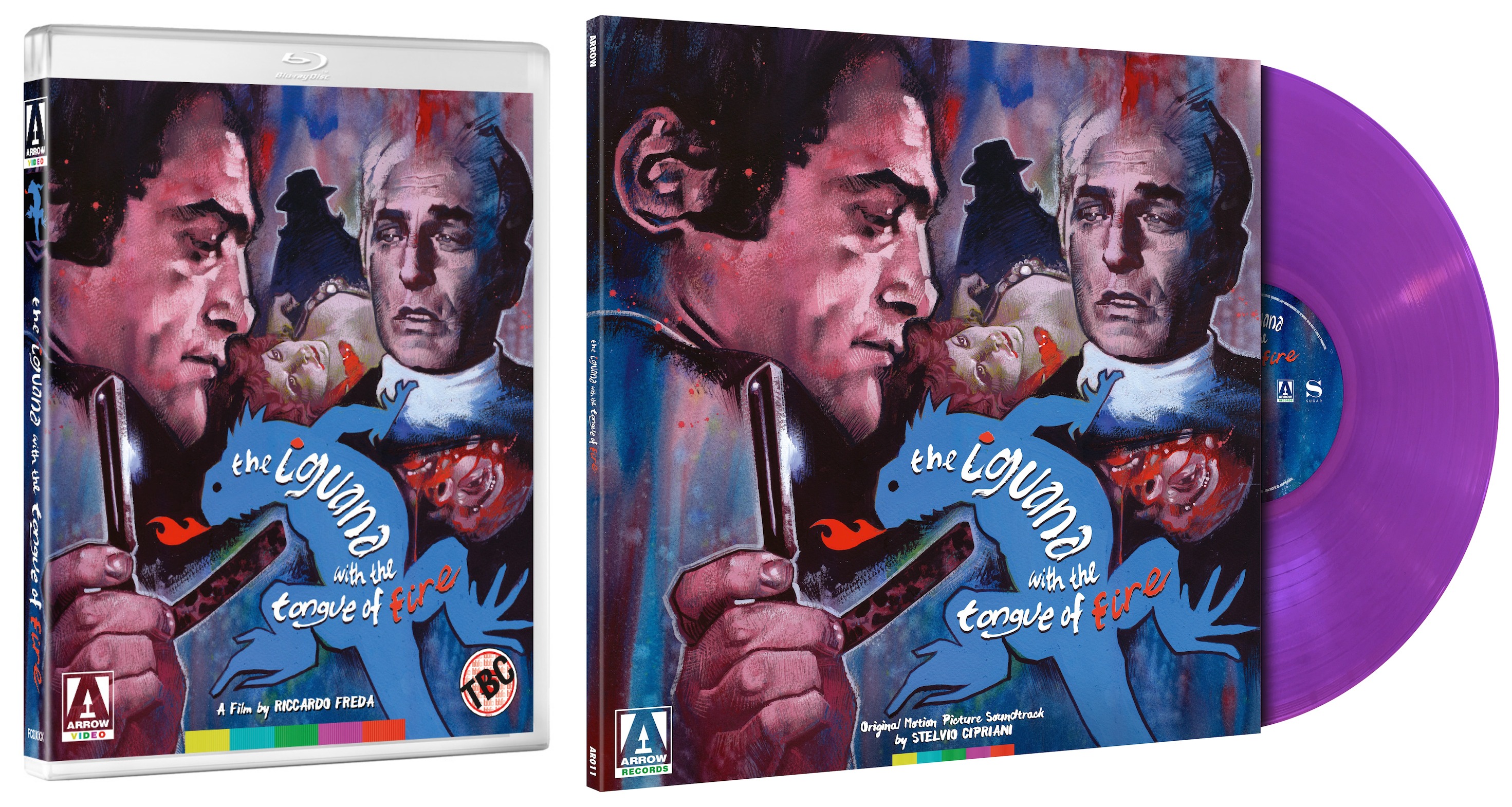 **Arrow Records to release the official soundtrack on limited edition purple vinyl**
One of several ‘animal-in-the-title’ cash-ins released in the wake of Dario Argento’s box-office smash The Bird with the Crystal Plumage, The Iguana with the Tongue of Fire is a gloriously excessive giallo that boasts a rogues gallery of perverse characters; violent, fetishized murders, and one of the genre’s most nonsensical, red-herring laden plots (which sees almost every incidental character hinted at potentially being the killer).

Set in Dublin (a rather surprising giallo location), Iguana opens audaciously with an acid-throwing, razor-wielding maniac brutally slaying a woman in her own home. The victim’s mangled corpse is discovered in a limousine owned by Swiss Ambassador Sobiesky (Anton Diffring, Where Eagles Dare) and a police investigation is launched, but when the murdering continues and the ambassador claims diplomatic immunity, tough ex-cop John Norton (Luigi Pistilli, A Bay of Blood) is brought in to find the killer…

Benefitting from a sumptuous score by Stelvio Cipriani (Nightmare City, Death Walks on High Heels) and exuberant supporting performances from Valentina Cortese (The Possessed, Thieves’ Highway) and Dagmar Lassander (The Frightened Woman, The Black Cat), The Iguana with the Tongue of Fire is a luridly over-the-top latter-day entry in the filmography of acclaimed director Riccardo Freda (Caltiki The Immortal Monster, Murder Obsession). An archetypal giallo from the genre’s heyday, Freda’s film is presented here in a stunning new restoration with a host of newly produced extras.