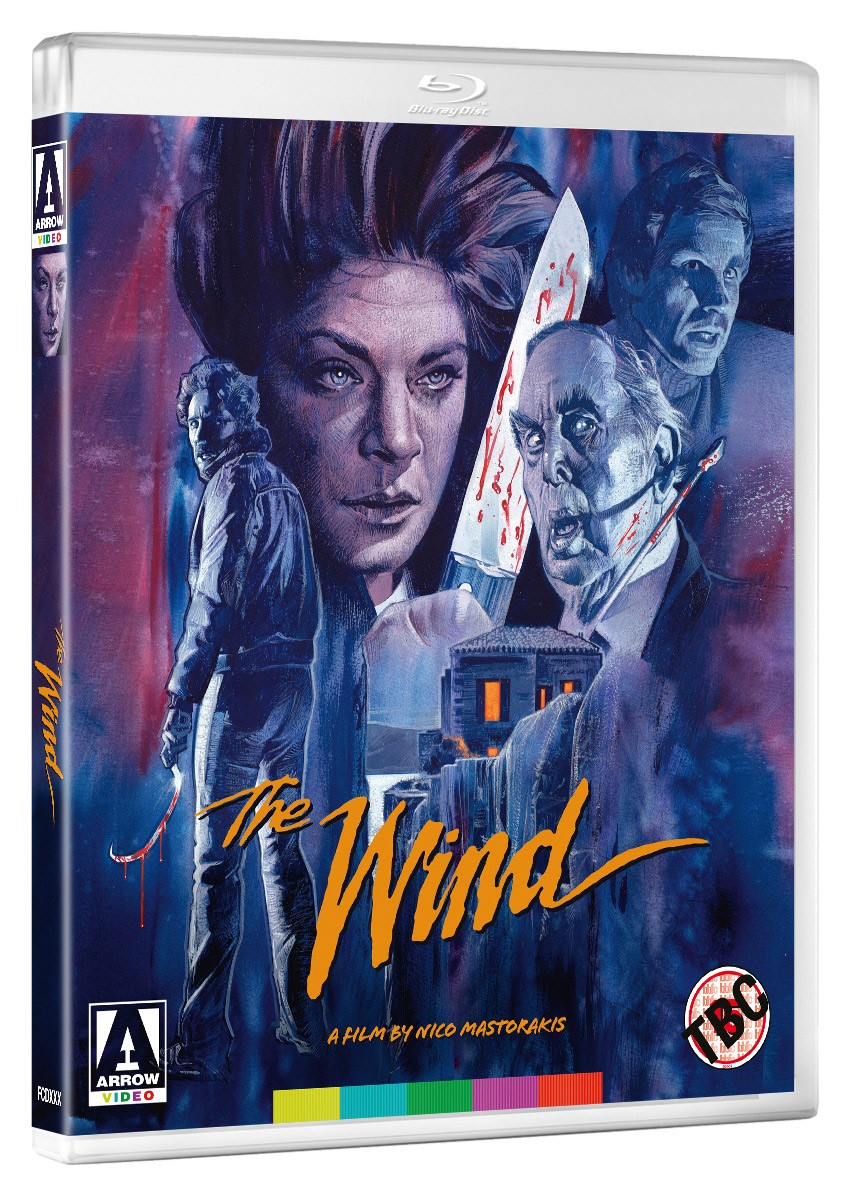 A tense and thrilling blend of Euro-horror and late 80s slasher, The Wind is a stalk ‘n’ slash hidden gem, presented for the first time on Blu-ray this April. Get ready to be blown away!

Synopsis: When mystery novelist Sian Anderson (Meg Foster, They Live) arrives in the remote Greek town of Monemvasia, Elias Appleby (Robert Morley, The African Queen), the pompous British landlord of the house she’s renting warns her of two dangers: the wind, which gets dangerously strong at night, and Phil (Wings Hauser, Vice Squad), his sleazy and suspicious American handyman. As night falls and the wind starts howling, Sian witnesses the shocking sight of Phil burying Elias’s dead body in a shallow grave in his front garden! Trapped indoors from the raging, tree-branch-breaking wind, Sian must play a deadly game of cat-and-mouse with the murderous Phil, who’ll stop at nothing to silence this inconvenient witness!