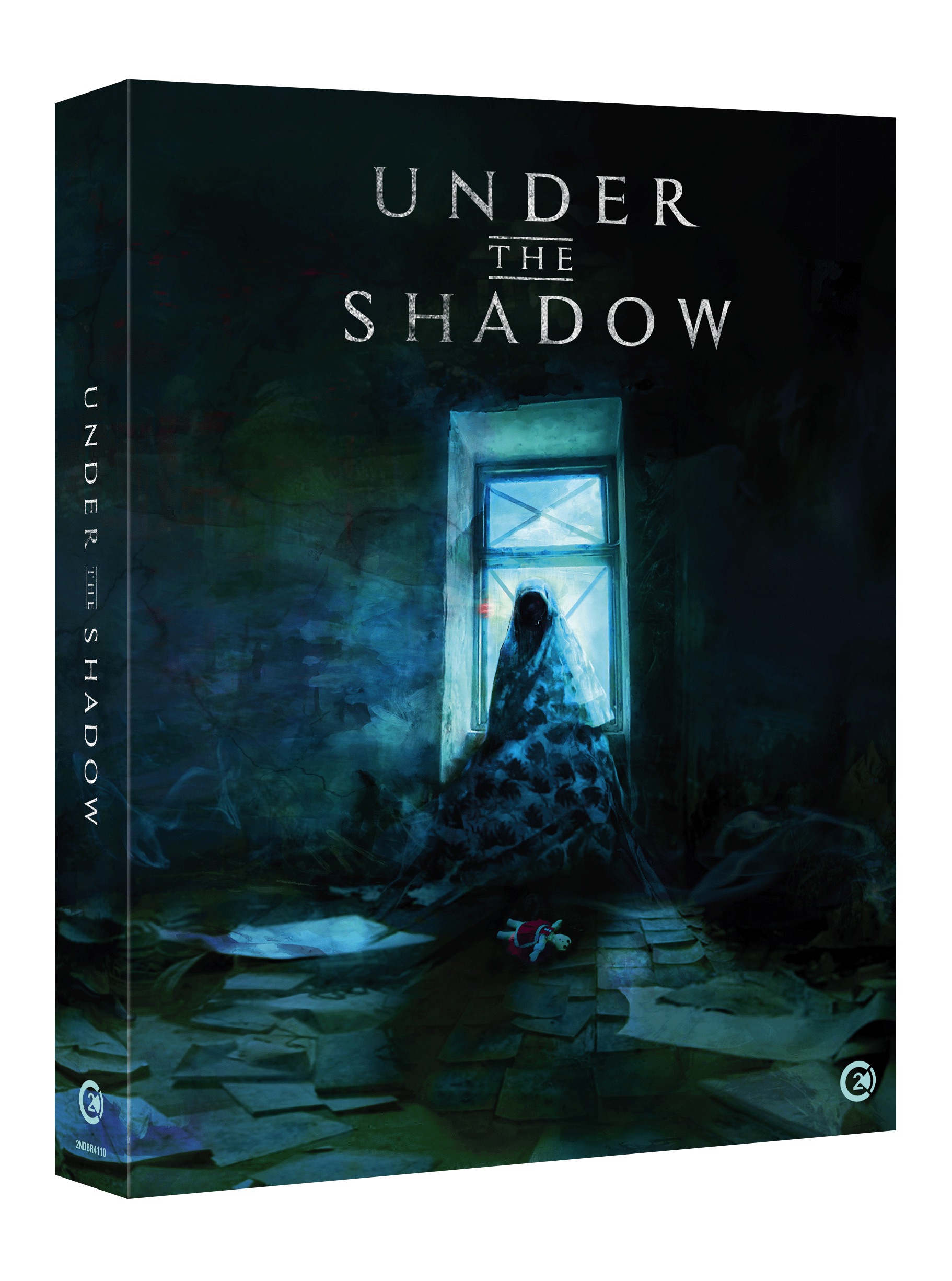 ‘Very much its own beast…can hold its own against any horror classic…Intelligent and terrifying, poignant and pointed…Unmissable. See it’ ★★★★★ Den of Geek

Lauded by Mark Kermode as a “brilliantly intelligent thriller” and one of his top 10 films of the decade, Iranian director Babak Anvari’s Sundance 2016 hit Under the Shadow is loved by audiences and critics alike, and was the UK’s Foreign Language submission to the Academy Awards. Part ghost story, part social thriller with cutting political commentary, the film is already considered a genre classic and is set for its UK Blu-ray debut on 10 February, in a feature packed Limited Edition box set, courtesy of Second Sight.

1988 Tehran, Shideh (Narges Rashidi) is rejected by her medical school as a consequence of her politically active history. Her husband is sent off to serve in the Iran-Iraq War. Iraqi air raids are drawing perilously close to their own apartment. As neighbours and friends flee from a city in chaos, Shideh and her daughter Dorsa (Avin Manshadi) are left on their own. But Dorsa starts to become increasingly ill and disturbed. Tantrums sparked by a missing doll are initially dismissed, but as they worsen Shideh becomes terrified that they’ve been targeted by a djinn – a malevolent spirit that steals from those it seeks to possess.

Drawing comparisons to Jennifer Kent’s breakout hit The Babadook for its nuanced exploration of motherhood through horror, Under the Shadow also unflinchingly examines the female experience of war and of everyday suppression and the demons it creates.

Take a look Under the Shadow…if you dare.