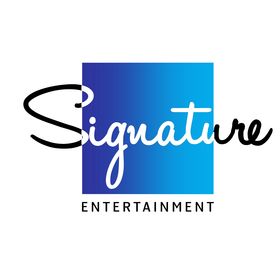 Synopsis: Kim Basinger stars in this critically acclaimed edge of your seat, psychological thriller reminiscent of The Omen and The Handmaid’s Tale that will chill you to your bones. When Maggie (Basinger) suddenly becomes a mother, after her drug-addicted sister abandons her autistic newborn daughter, she quickly realises the young girl has supernatural abilities when she is kidnapped by a Satanic cult willing to do anything to gain them.

Synopsis: A twisted and spine-tingling horror based on the ancient legend of the night hag demon, MARA comes from the producers of Insidious. Criminal psychologist Kate Fuller (Olga Kurylenko, Quantum of Solace) is assigned to the murder of a man who has seemingly been strangled in his sleep by his wife and the only witness is their eight-year-old daughter, Sophie. As Kate digs into the mystery of an ancient demon which kills people in their sleep, she experiences the same petrifying symptoms as all previous victims and spirals through a chilling nightmare to save herself and Sophie before she dares fall asleep.

Synopsis: Frightfest Presents and Signature Entertainment present TWO HEAD CREEK, a cannibalistic tale of Brits abroad, and a very witty slice of shocks and horror, starring Kathryn Wilder (All is True) and Stephen Hunter (The Hobbit Trilogy). After the death of their adoptive mother, a shy butcher and his drama queen sister leave the UK and adventure to Australia in search of their biological mother, but the local townsfolk of Two Heads Creek are hiding a dark secret: the pair must reconcile their differences to fight for their lives in this playfully dark comedy-horror. The BBQ is lit and it’s kill-or-be-killed in this hilarious, once-in-a-lifetime trip, also starring Gary Sweet (Wolf Creek) and Kerry Armstrong (Lantana). Two Heads Creek comes from the producers of Better Watch Out.