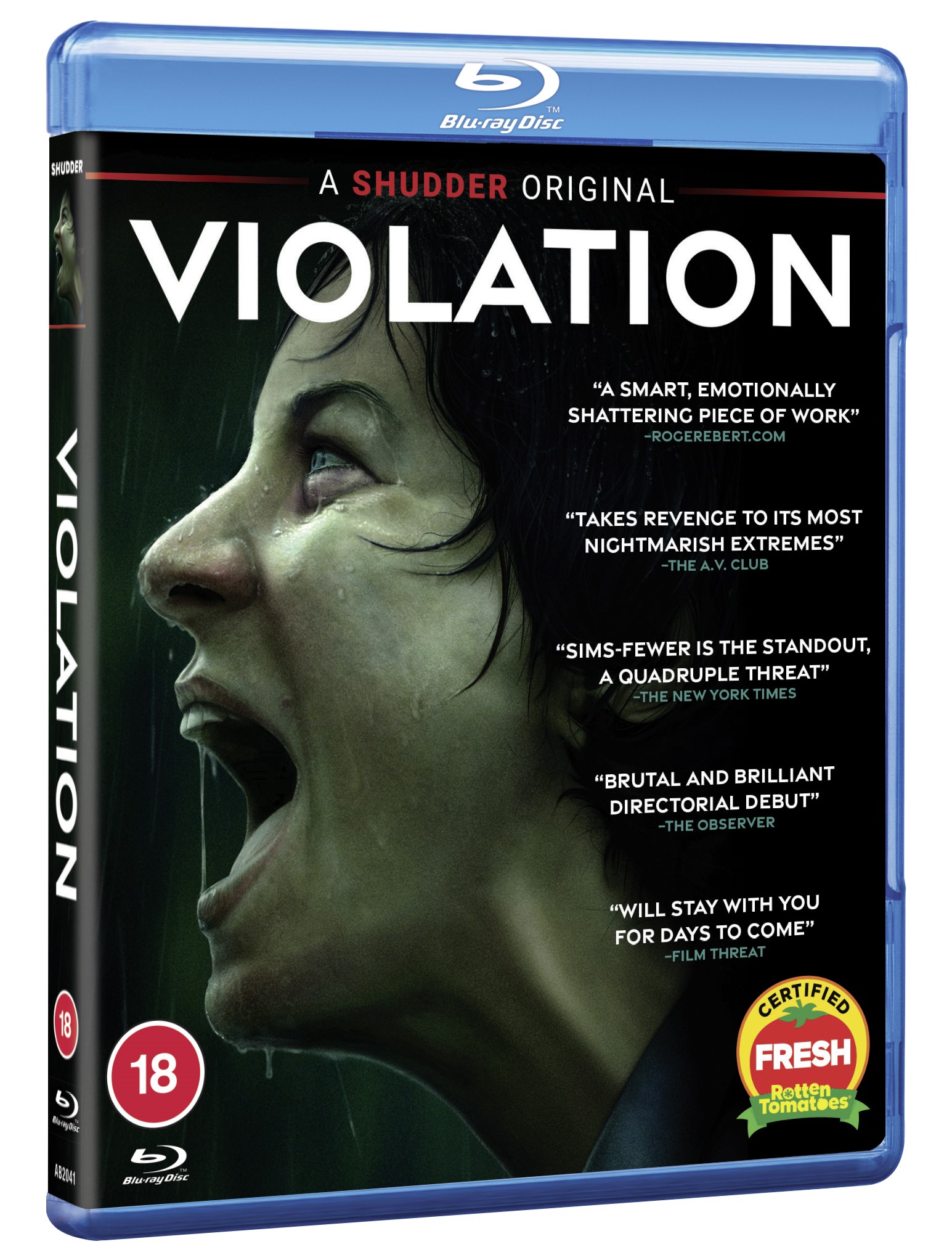 The critically acclaimed Violation sees Madeleine Sims-Fewer in lead role as well as writer and co-director alongside Dusty Mancinelli in their big-screen writing and directorial debut.  This daring and disturbing film is set to arrive onBlu-ray and digital in the UK from Acorn Media International in conjunction with Shudder on 27 September 2021.

With her marriage about to implode, Miriam (Sims-Fewer)  returns to her hometown in remote Canada to to seek solace in the comfort of her younger sister (Maguire) and brother-in-law (Jesse LaVercombe). But one evening, a seemingly tiny error of judgement, leads to a catastrophic betrayal, leaving Miriam shocked and devastated. Believing her sister to be in danger, Miriam feels she must protect her at all costs,  but the price of revenge is high and she is about to unravel emotionally and psychologically.

What follows is unflinching in its exploration and portrayal of one woman looking for retribution.

Violation displays the depths of depravity which humans will go to try and overcome grief and turmoil.