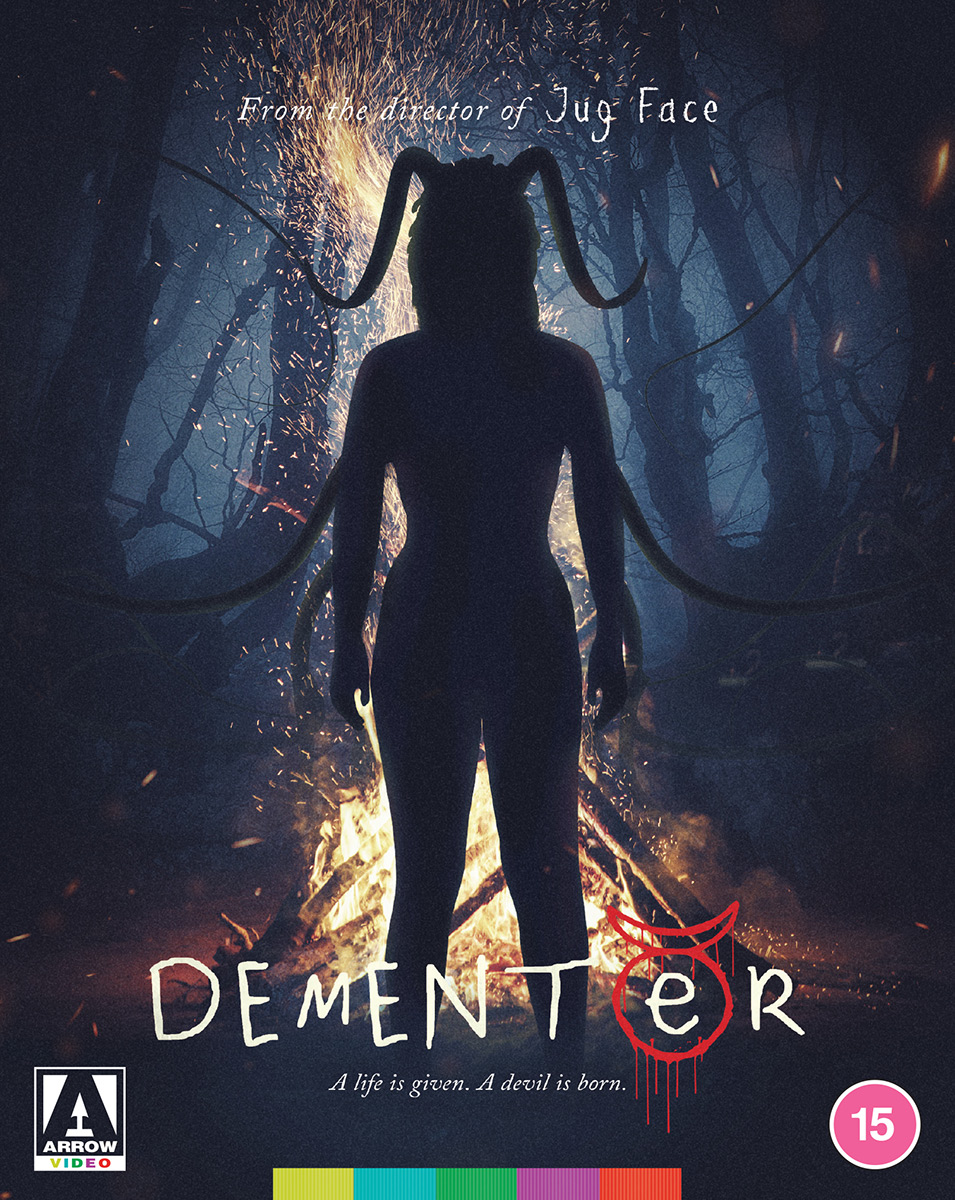 A LIFE IS GIVEN, A DEVIL IS BORN…

Synopsis: Fleeing from a cult that has left her scarred both physically and mentally, Katie (Katie Groshong, Jug Face, A Measure of the Sin) is keen to get her life together. On her path to recovery, she takes a job in a care centre supporting adults with special needs, among them Stephanie (Stephanie Kinkle), a woman with Down syndrome.

Convinced that the “devils” are coming for Stephanie, and tormented by flashbacks of her experience within the cult and with their leader Larry (Larry Fessenden, The Dead Don’t Die, Habit), Katie takes increasingly extreme measures to ward off the evil that is making Stephanie sick. But what if her rituals are doing more harm than good?

A raw and unsettling story of a woman attempting to rebuild her life after fleeing a dangerous cult, DEMENTER will have its UK premiere at the Arrow Video FrightFest Digital Edition in September. A brave and unflinching story of lives lived on the fringes of society, and a battle with demons inside and out, DEMENTER was shot on real locations with many non-actors playing versions of themselves – including Kinkle’s real life sister Stephanie, who has Down syndrome – as well as indie horror legend Larry Fessenden (Wendigo) as the cult leader, and Katie Groshong, both of whom appeared in Kinkle’s JUG FACE.

DEMENTER is a deeply personal, and unique film. As Kinkle says, “[It] gave me the opportunity to bring my sister into my world while I explored hers. As I edited the film, I realized that I had created a movie experience that I’d never seen before.” Producer Ashleigh Wells adds: “I have long admired Chad’s work, and it was a privilege to be a part of such personal story that helps bring inclusivity to the screen.” The result mixes a disarming naturalistic style with disorienting and chilling flashbacks, not to mention an intense and otherworldly soundtrack, and packs an emotional punch that lingers long after the credits have rolled.

Subscriptions are available for £4.99 monthly or £49.99 annually