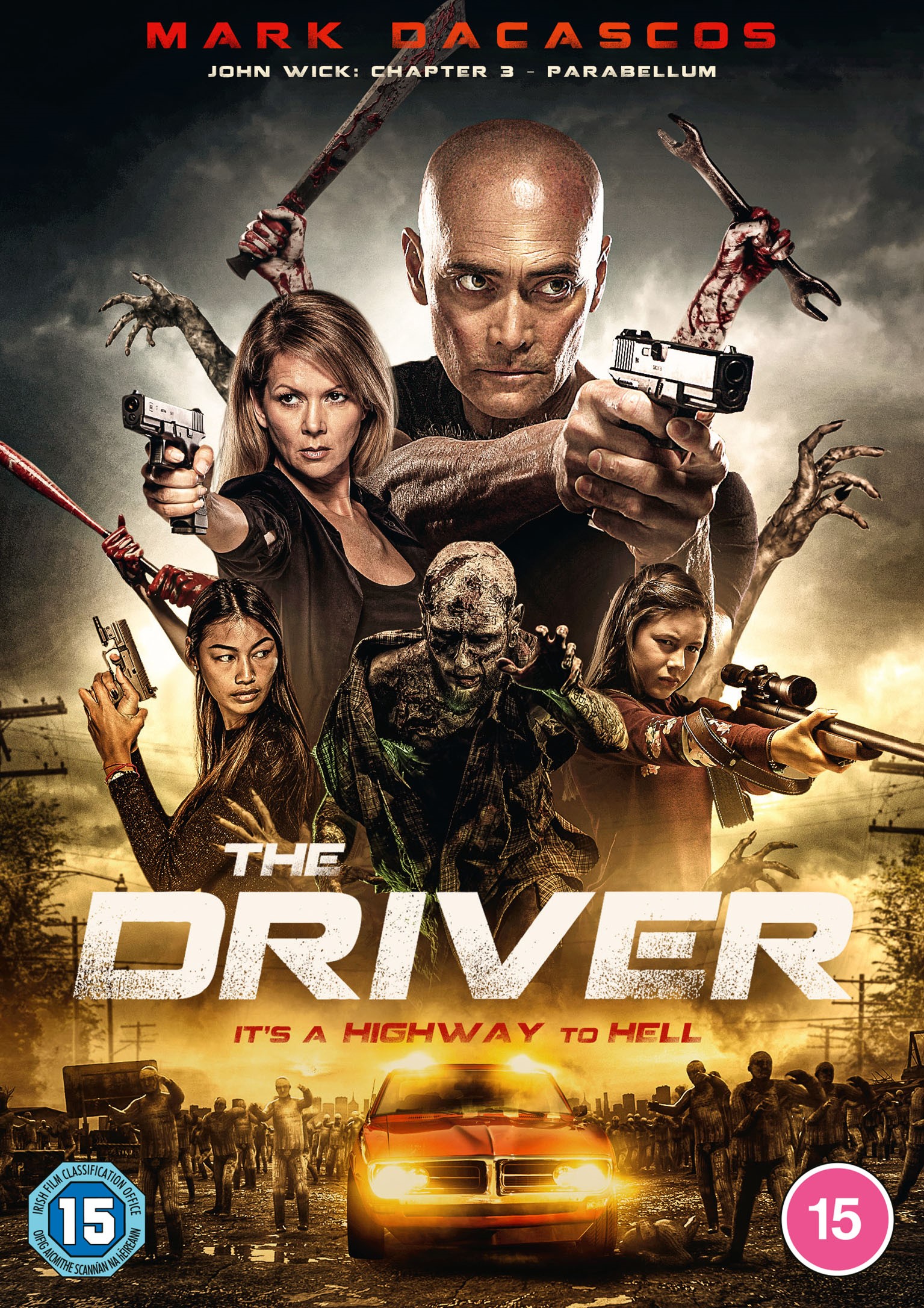 “In The Driver martial arts legend Mark Dacascos gets behind the wheel for a high-octane zombie horror that pulls no punches when it comes to hard-hitting undead action!

After a zombie plague decimates human life on Earth, a former hitman (Mark Dacascos) lives quietly with his wife and daughter Bree in a survivalist compound. When their home is attacked, a massive explosion summons a swarm of ravenous corpses and only Bree and her father escape the carnage. As they seek out ‘The Haven’, a rumoured sanctuary located far north, the take-no-prisoners hitman teaches his daughter how to kill, drive and survive in the violent, zombie-ridden post-apocalyptic wasteland.

High-kicking action veteran Mark Dacascos is back in the action as The Driver, alongside his real-life wife Julie Condra (Eerie Indiana) and daughter Noelani Dacascos, as the family of the film. The Driver is written and directed by Wych Kaosayananda (Dead Earth).