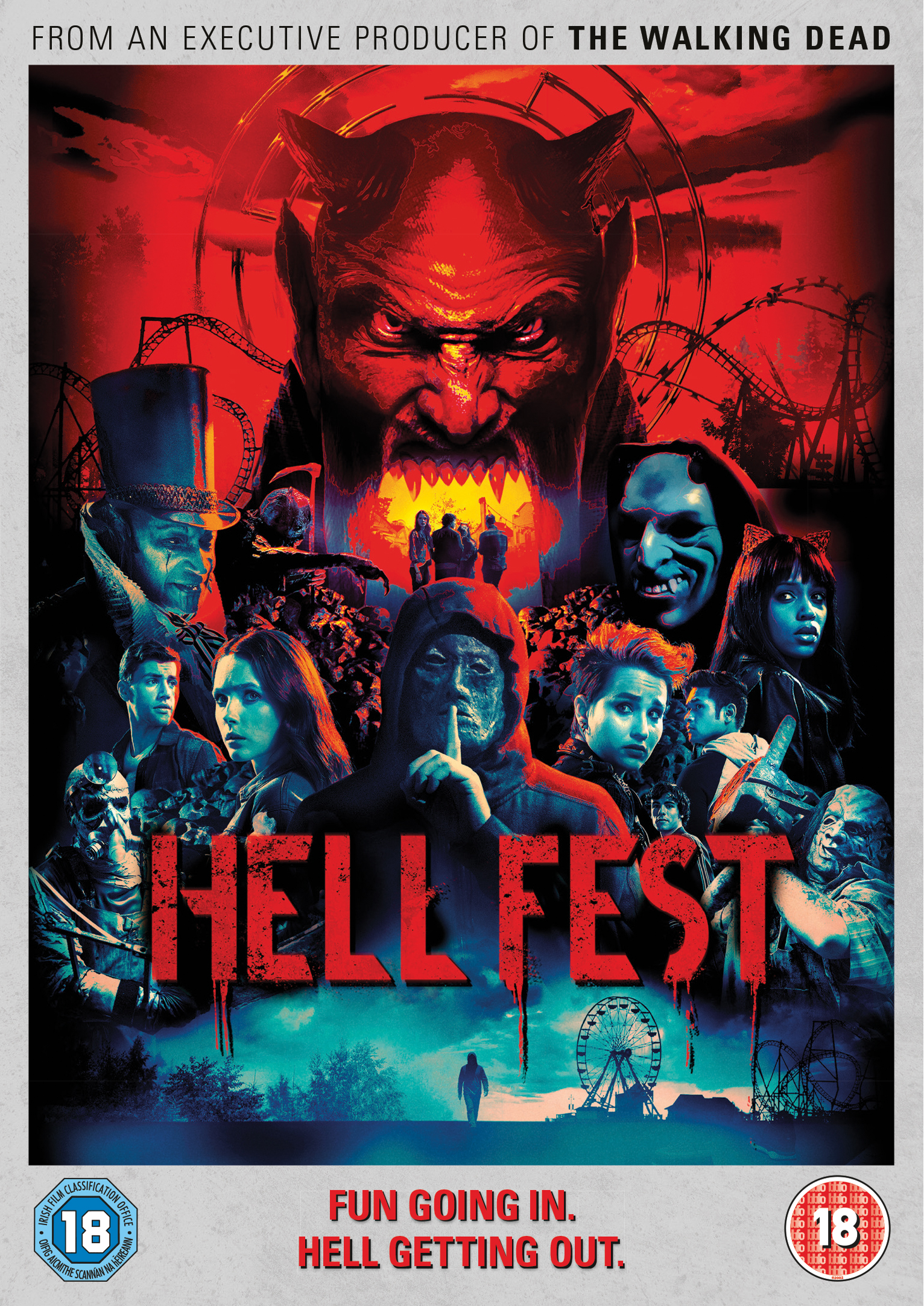 Strap in for the ride of your life and death! A terrifying tribute and modern twist on classic bloody slasher fun, Hell Fest is the perfect treat for anyone who doesn’t want alloween to end!

In this terrifying thrill ride, college student Natalie is visiting her childhood best friend Brooke and her roommate Taylor. If it was any other time of year, these three and their boyfriends might be heading to a concert or bar, but it is Halloween, which means that like everyone else they will be bound for Hell Fest – a sprawling labyrinth of rides, games and mazes that travels the country and happens to be in town.

Every year, thousands follow Hell Fest to experience fear at the ghoulish carnival of nightmares. But for one visitor, Hell Fest is not the attraction – it is a hunting ground. An opportunity to slay in plain view of a gawking audience, too caught up in the terrifyingly fun atmosphere to recognize the horrific reality playing out before their eyes. As the body count and frenzied excitement of the crowds continue to rise, he turns his masked gaze to Natalie, Brooke, Taylor and their boyfriends, who fight to survive the night.

Paying homage to our favourite slasher films of the ‘80s, Hell Fest is an exhilarating fever pitch of bloody chaos, played out across a lush neon playground where danger, and the next gruesome (and surprisingly inventive) kill, waits around every corner!

More than just a stylish setting, the theme park’s lavishly constructed labyrinth of grim attractions become characters in their own right, as we join the hapless teens in fearful suspense of what may simply be part of the festivities, or something more sinister.

This confusion is wonderfully married to the chilling visage of The Other, who turns the fear of the unknown into a weapon as potent as Freddy Krueger’s glove. Designed by Tony Gardner (Happy Death Day), his gruesome mask would stand out anywhere else, but in a fairground of fear, he’s free to stalk his unassuming prey.

Standout performances by Amy Forsyth and Reign Edwards add a likeable humanity often put on the backburner by similar films, which helps heighten the tension when we’re given genuine cause to root for them as they fight for their lives…

There’s no season pass required for entry into Hell Fest, which is sure to leave a twisted smile on your face!