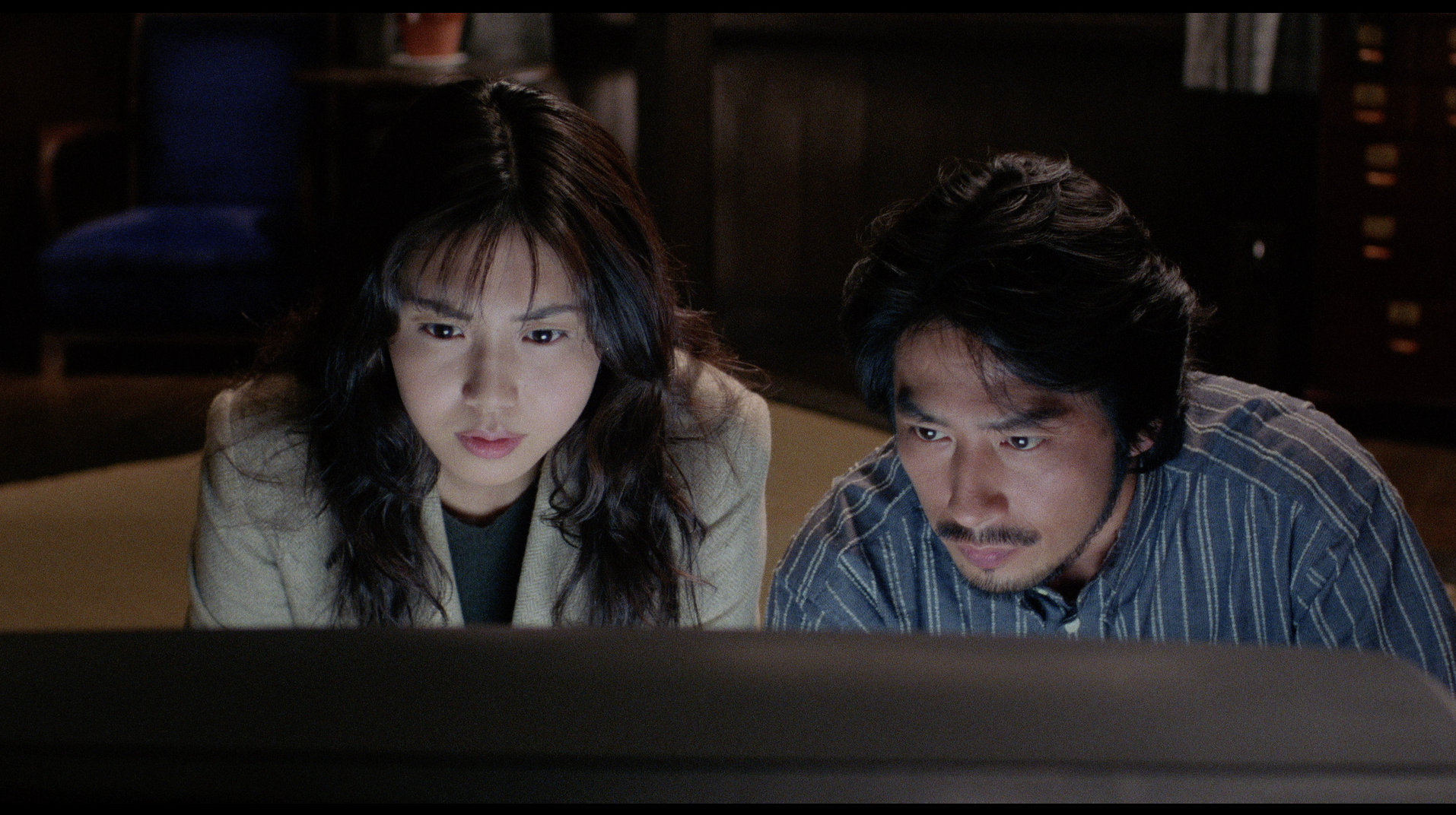 Ringu was released in Japan in 1998 and was an immediate and phenomenal success, quickly becoming the most successful horror film of all time. Two years later it was released as Ring in the west to great acclaim, but like most people I caught the film a year or two later on DVD. At the time I regretted missing seeing Ring in the cinema, but upon reflection, seeing it the way I did – alone, late at night, just me and my TV in the darkness – seems positively ideal.

Seeing Ring was a transformative experience, and in many ways resumed my faith in horror as a genre capable of delivering those things that I felt had been missing since the late 1970s/early 80s – a genuinely shocking horror wrapped inside an unpredictable story masterly balancing subtlety, atmosphere and suspense until a truly jaw-dropping payoff.

So it was with genuine excitement that I approached the restoration of Ring, as I wanted to do justice to this milestone of horror and present it as Director Hideo Nakata and his fellow creators intended. Fortunately we had access to the original camera negative, which we had newly scanned in 4K at Imagica Labs in Tokyo. Having access to the negative was extremely important as so many presentations of Japanese films have suffered in the west from not being sourced from the original elements.

The other critical factor was having the film’s Director of Photography Jun’ichirō Hayashi involved. The overall look of Ring – from its muted colour scheme and its sharp details to its deep contrast levels – is one of the most essential things that make the film so suspenseful and unsettling. Once we received the new scans at R3Store Studios in London the team restored the images of any dirt, debris and light scratches (fortunately the negative was in very good condition overall) and applied a basic first-template grade to send to Mr Hayashi, using old references from the previous DVD releases as a guide.

Mr Hayashi was happy with the quality of the work but was very clear in his instructions – that the film was too warm, and needed to be cooler – as well as darker. We adjusted the grading shot by shot and again, sent the film back to Mr Hayashi. As before, he was complimentary of the work but stressed that we simply hadn’t gone dark enough. As I worried that we might push things too far, we began sending him individually regraded scenes to make sure that we were on the right track. We had some reservations that pushing the film’s colours any cooler would result in greenish skin tones and corrupted white and black areas, but by working this way, scene by scene, over a number of weeks, we were able to arrive at exactly the look Nakata and Hayashi intended, and serving the story in the best possible way. As such, this restoration presents Ring in a way that vastly improves upon the brownish flat look it had previously exhibited on video.

The other critical factor was the soundtrack, which we treated to a brand new 5.1 mix. We transferred the original stems at Imagica and sent these to Deluxe’s Audio studios in Hollywood, where the soundtrack was remastered and the 5.1 mix created. Unlike some audio mixes which have had their share of challenges, the work on Ring went very smoothly – the soundtrack with all its subtle nuances and ghostly cues lent itself beautifully to the surround mix, only serving to further immerse the viewer in the experience.

I expect most people interested in seeing our restoration are already well familiar with Ring, but my hope is that the experience of seeing the film in this way, fully restored from the original negative and approved by its cinematographer, will feel as fresh and terrifying as it was that first time. Having overseen this project, I’ve probably seen the film at least fifty times or more by now, but I can attest to the fact that it still manages to work its haunting spell on me.

A restored version of Ring is released in UK cinemas from 1 March.