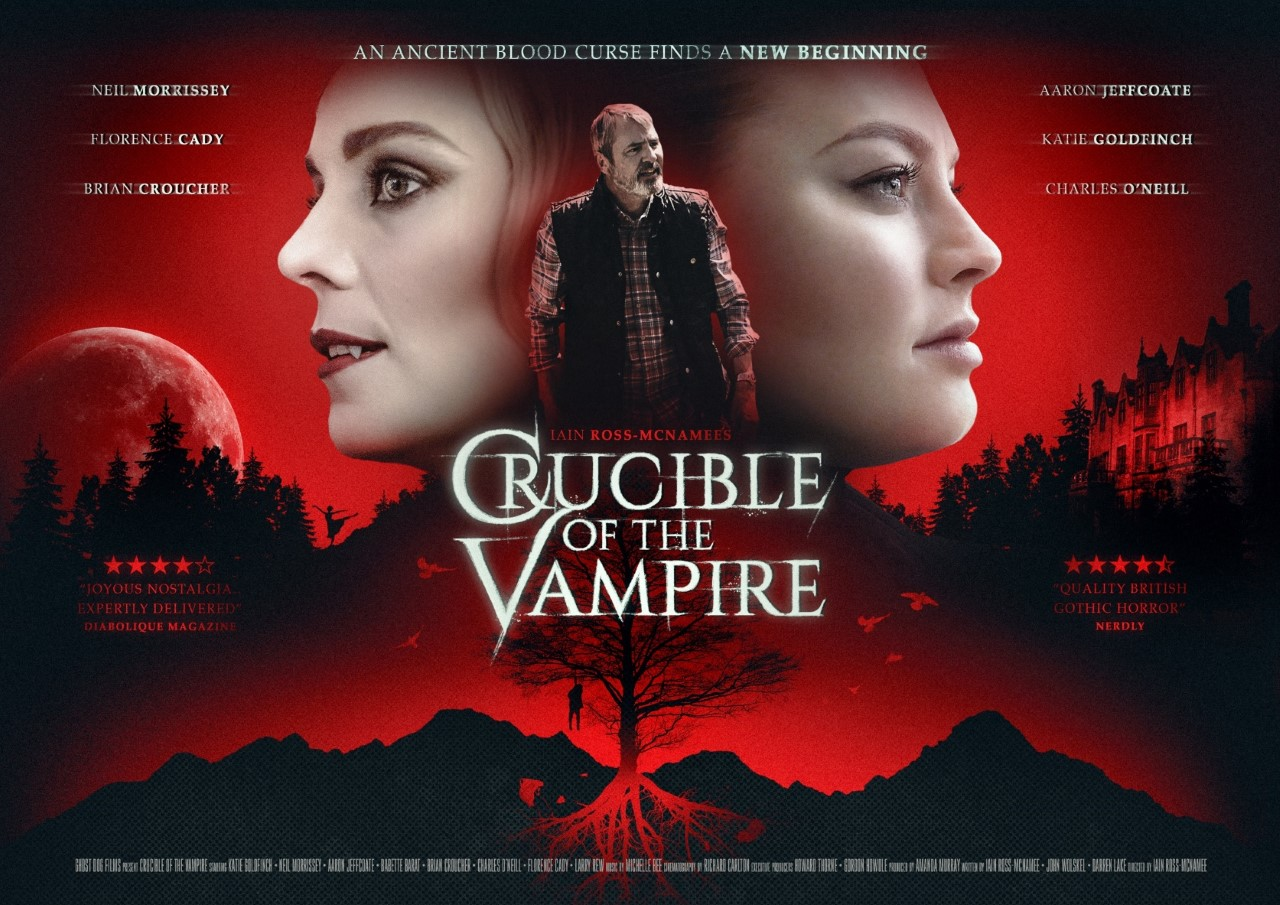 ‘Cady and Goldfinch deliver equally powerful central performances that hold the film together and are crucial to Crucible of the Vampire’s success. And succeed the film certainly does’ – Nerdly.co.uk

Making its World Premiere at Cannes Film Festival and garnering rave reviews at other major festivals, Iain Ross-McNamee’s gothic chiller Crucible of the Vampire is set to arrive in UK cinemas on 1 February 2019, followed by its home entertainment release on 4 February 2019 in dual format DVD and Blu-ray and on digital platforms courtesy of Screenbound Entertainment.

A young museum curator Isabelle (Katie Goldfinch) is sent to look at an ancient artefact, discovered in the basement of a stately home in Shropshire.  Welcomed into the sprawling manor house by a seemingly hospitable family; Karl (Larry Rew), his wife Evelyn (Babette Barat) and their beautiful daughter Scarlet (Florence Cady), but all is not what it seems, as a dark and terrifying secret hangs over them.

When Isabelle discovers the truth within the mansion’s foreboding walls, can she escape the clutches of its malevolent occupants?

This immortal tale, which moves from the English Civil War to the present day, is smart, stylish, sexy and as sharp as vampire’s teeth.