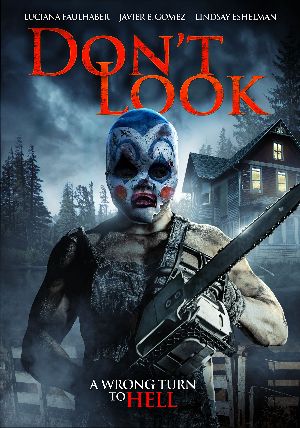 This May, take a wrong turn to hell.

Scripted by Jessica Boucher and Danielle Killay, “Don’t Look” centers on five New York City Millennials who escape the big city for a rustic Thanksgiving weekend in the country. But as will happen in horror, something threatens to shatter their peaceful getaway and they are targeted for murder.

The film, Faulhaber’s debut, recreates “the pure fun of 80’s classics like Friday the 13th, The Burning or April Fool’s Day” (Nightmarish Conjurings) with a modern twist.

Director and co-producer Faulhaber says of the film: “It was important for me to create work that shows the female characters as they are in real life – none of us are waiting to be saved by some prince charming.”