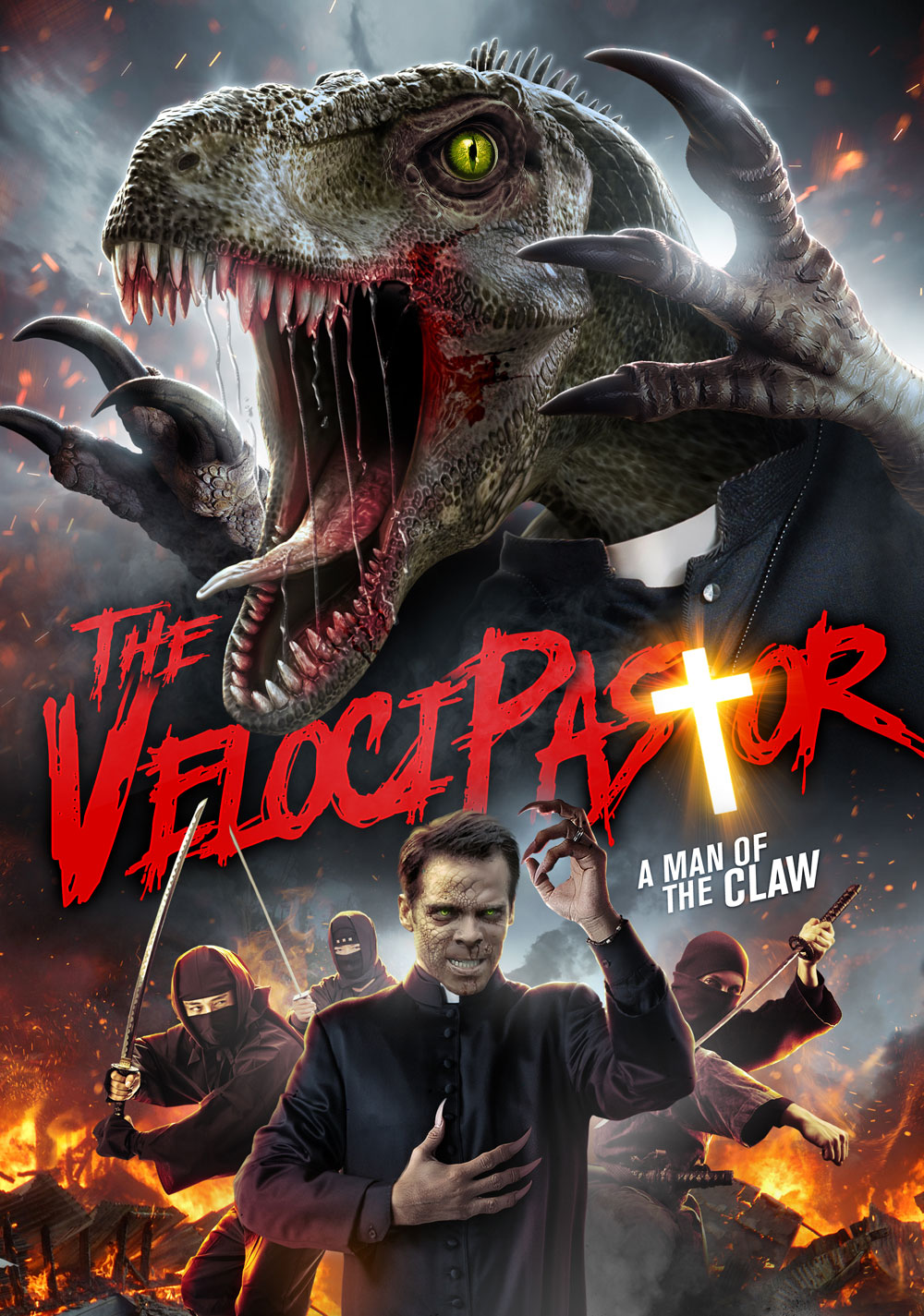 A man of the cloth turns Jurassic in Wild Eye Releasing’s THE VELOCIPASTOR – coming later this year from the reputable genre label!

Ahead of the home entertainment release in August, the Brendan Steere written/directed film will have a special midnight screening/ Q&A at the Texas Frightmare Weekend on May 3rd.

After a devastating family tragedy, a priest travels to China to find deeper spirituality, but instead is endowed with an ancient ability that allows him to turn into a dinosaur. At first, he is horrified by his newfound superpower, but a local prostitute convinces him to use his newfound gift to fight evil – and ninjas.
Gregory James Cohan, Alyssa Kempinski, Daniel Steere, Yang Jiechang, Jesse Turits, Fernando Pacheco de Castro star with Aurelio Voltaire in the Wild Eye Releasing title.