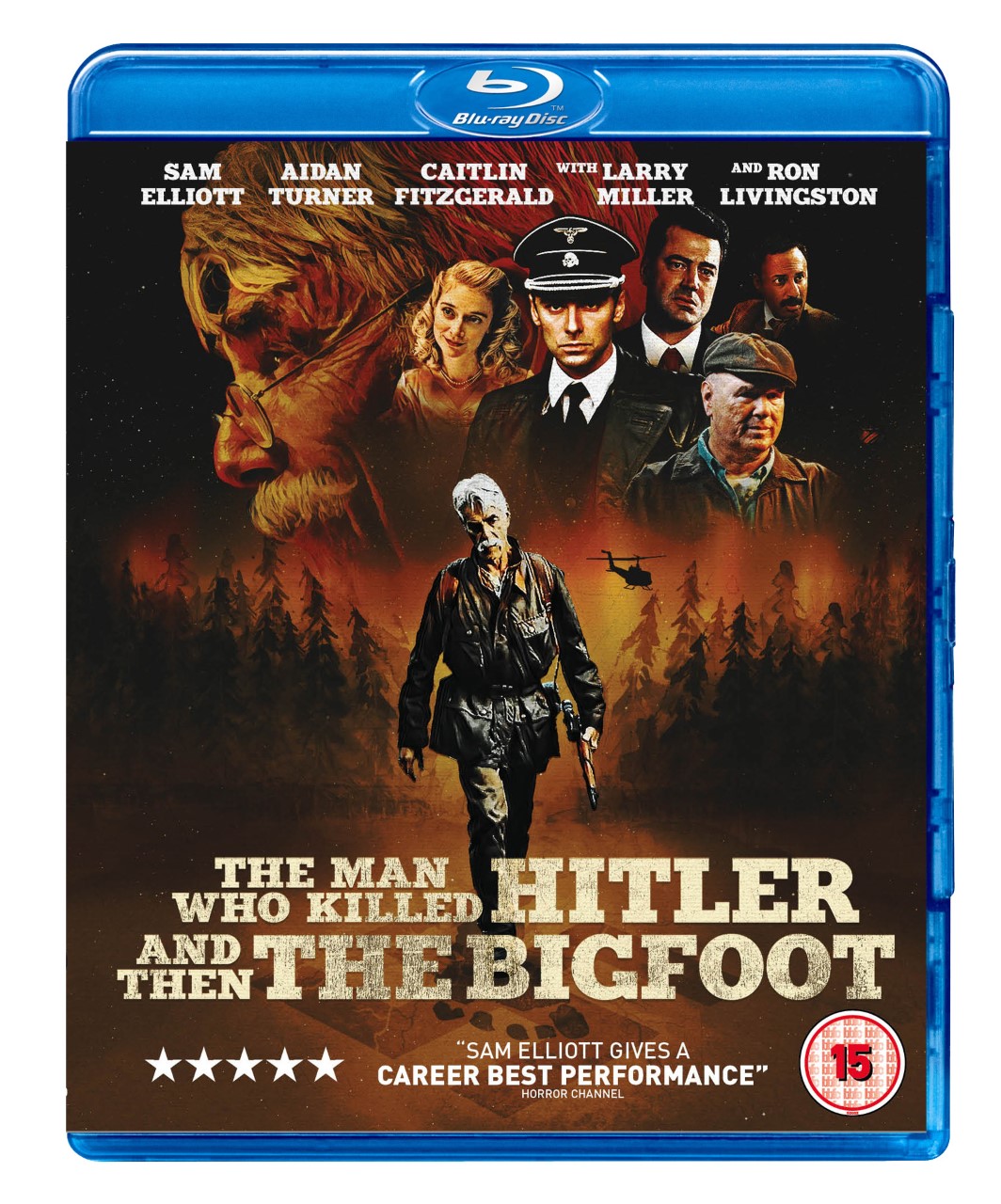 ‘Malevolent, hopeful and incredibly moving – a fantasy for the ponderous imagination’

Oscar nominee Sam Elliott (A Star is Born, The Big Lebowski) and award-winning TV heartthrob Aidan Turner (Poldark, The Hobbit Trilogy) are The Man Who Killed Hitler And Then The Bigfoot in a unique new, genre-bending, rip-roaring adventure that sees a legendary American war hero as a young man and in his twilight years, taking on two very different adversaries. The film is set for its UK premiere with a limited theatrical and home entertainment release on digital and DVD courtesy of Sparky Pictures.

Decades after serving in WWII and assassinating Adolf Hitler, Calvin Barr (Elliott / Turner) is enlisted as the only man for the job: to hunt down the fabled Bigfoot. Living a peaceful life in New England reflecting on his lost love Maxine (Caitlin FitzGerald – Masters of Sex, It’s Complicated), the war veteran is contacted by the FBI and the Royal Canadian Mounted Police to lead the charge to capture the elusive beast that is carrying a deadly plague. Can he find the dangerous creature deep inside the Canadian wilderness before it’s too late?

For monster movie fans, war film fans and everyone in between, get ready for a mind  bending journey to discover the legend of The Man Who Killed Hitler And Then The Bigfoot.