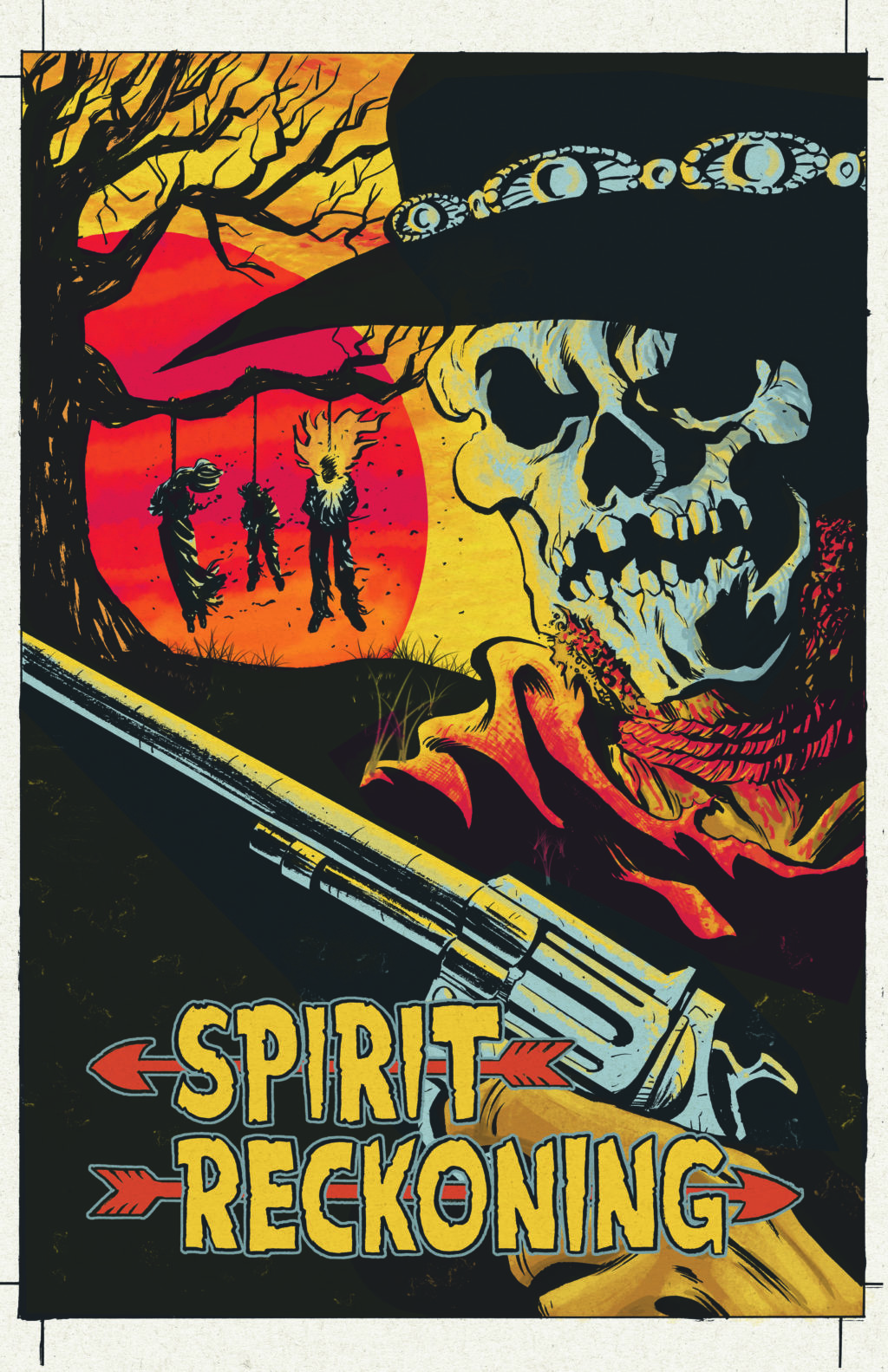 Los Angeles, California, May 7, 2019 — Heart and Fire Productions and Spirit Reckoning LLC has attached iconic actor Sean Patrick Flanery of THE BOONDOCK SAINTS and Lew Temple from Rob Zombie’s THE DEVIL’S REJECTS to their upcoming film SPIRIT RECKONING. In this horror-western epic, Sean will play gunfighter Lawson Lovette whose psychotic tendencies and skills with a revolver make him the perfect candidate to aid our hero Sam Conley AKA The Skull Cowboy on his blood-soaked journey of revenge.  While Lew Temple will play Ottis Clement who is just as crazed as Lawson, sparking an intense rivalry between the two men. Ottis causes chaos and anarchy in the Wild West alongside his brother Ed and leader of their posse Savage Bill. SPIRIT RECKONING will begin filming this year in both Colorado and California.

“SPIRIT RECKONING is a fun filled action-horror-western that has never been done like this before and we’re billing it as John Woo meets Sergio Leone meets the horror genre”, said Jimmy Lee Combs, writer/director of Spirit Reckoning. “The Lawson Lovette character is a real ball of fire with some great wise cracks along the way and for me was the most fun to write of all the characters. Being huge fans of THE BOONDOCK SAINTS films and Sean Patrick Flanery’s work, we knew he would be the perfect choice to match the wit, charm and crazy side of Lawson.”

Things heat up between Lawson and Ottis played by Lew Temple much like the dynamic between Doc Holliday and Johnny Ringo in the 1993 classic TOMBSTONE, a chemistry Jimmy Lee finds important between these two characters. “We’re thrilled to be working with a veteran like Lew who not only has the look we’re going for but the range to play a character that can go to psychotic lengths… I mean just watch his performance as Psycho-Head in Rob Zombie’s 31.”

Fans of The WALKING DEAD will know Lew as Axle from season 3 and more notably as Adam Banjo from Rob Zombie’s THE DEVIL’S REJECTS. You can also catch Lew in Quentin Tarantino’s upcoming 70’s set ONCE UPON A TIME IN HOLLYWOOD. While fans of Sean Patrick Flanery will remember him as Connor MacManus from 1999’s cult phenomena THE BOONDOCK SAINTS and 2009’s THE BOONDOCKS SAINTS II: ALL SAINTS DAY. Sean also starred as Indiana Jones in 1992’s THE YOUNG INDIANA JONES CHRONICLES TV Series, 1995’s POWDER and 2010’s SAW 3D to name a few.

SPIRIT RECKONING is aiming for a 2020 release. To learn more about the film and the latest news you can follow their facebook page: www.facebook.com/spiritreckoning